Someone Vandalized the Lincoln Memorial With Red Graffiti

Authorities found red graffiti, which appears to contain an expletive, on a column in the Lincoln Memorial early Tuesday morning.

The graffiti was hard to make out, the Nation Park Service said, but seemed to say “f— law,” according to the Washington Post.

There was more vandalism found on a sign for the Smithsonian in silver spray paint, which could not be read. The National Park Service explained that the paint would be removed with a paint stripper “safe for use on historic stone” the Post reported.

“The removal has begun, but it’s a lengthy [process] that will require numerous treatments over a week or two to completely remove,” the National Park Service told the Post in an email.

This is not the first time monuments in the area have been hit with graffiti. The Washington Monument and the World War II, Lincoln and D.C. War memorials were also vandalized, according to the Post.

The investigation is ongoing and anyone with information about the vandalism is asked to contact the U.S. Park Police at 202-610-7515. 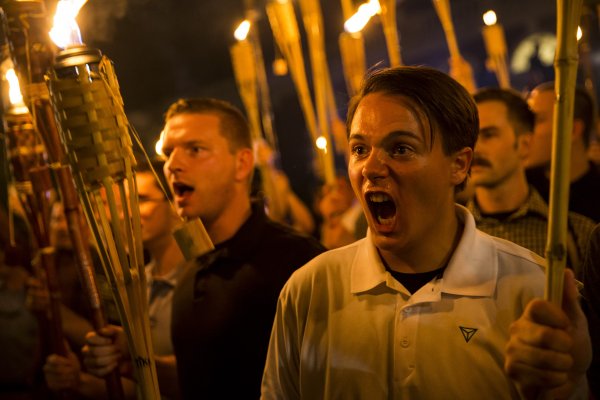 Can You Be Fired for Being a Racist?
Next Up: Editor's Pick