‘I Refuse to Let Them Win.' Meet the Activist Exposing Charlottesville White Supremacists on Twitter

The man who has been exposing the names of the torch-wielding white supremacists from last weekend’s rallies in Charlottesville, Va. said he won’t stop his work until the demonstrators rethink their actions and stop marching.

Logan Smith — who runs the viral Twitter handle, @YesYoureRacist — has revealed on the account the identities of about a dozen people who participated in rallies in the Virginia city over the weekend. The mass outing has led to one demonstrator losing his job and another being publicly disowned by his family.

“It’s a real shame these people were led down a path of bigotry and white supremacy, and they are so filled with hate they feel the need to go intimidate people of color with torches,” Smith, 30, told TIME on Tuesday.

Smith works full-time as a spokesman for Progress North Carolina Action, a liberal policy advocacy group. He’s also been running the @YesYoureRacist Twitter account since 2012, when he started it “as a lighthearted way to poke fun at people who tweeted ‘I’m not racist but,’ and then something completely racist,” he said. Since then, he’s used it mostly to tweet political commentary and criticize President Trump’s administration. But when violence erupted in Virginia over the weekend, he decided to shift’s the account’s focus, and spent the weekend fielding online tips and digging on social media to find the protesters pictured in photographs from the rallies.

“If you recognize any of the Nazis marching in #Charlottesville, send me their names/profiles and I’ll make them famous,” Smith tweeted from his @YesYoureRacist account on Saturday.

His efforts were quickly and widely shared on Twitter and ultimately led to a barrage of death threats from people who wanted to shut him down. “Intimidation is how these people work. It’s how they worked when they were burning crosses in people’s yards,” Smith said. “By giving into that intimidation, it’s how they win. I refuse to give into that. I refuse to let them win.”

Among the first names to be published was Cole White, who “voluntarily” resigned at a hot dog restaurant in California, his employer told the Washington Post. Peter Cvjetanovic, a 20-year-old University of Nevada student, was also outed and later admitted to being part of the Friday night rally at the University of Virginia’s Thomas Jefferson statue in an interview with KTVN.

Another was Peter Tefft, a self-proclaimed “pro-white activist” who defended his participation in the march and said the group was ushering in a “new civil rights era” during a recent appearance on KXJB. His father, Pearce Tefft, denounced his son’s actions and publicly disowned him in an open letter published Monday in the INFORUM newspaper in North Dakota.

“I, along with all of his siblings and his entire family, wish to loudly repudiate my son’s vile, hateful and racist rhetoric and actions,” the elder Tefft wrote. “We do not know specifically where he learned these beliefs. He did not learn them at home.”

Peter Tefft barely reacted when KXJB asked about the letter, saying only that the part where his father claims his son once joked about throwing bodies into ovens was “untrue.”

Identifying strangers online as white supremacists comes with plenty of potential pitfalls, as Smith discovered when he misidentified at least two rally participants. In one case, Smith said the person he incorrectly named had claimed on Twitter that he was at the rally, even though he wasn’t. In another case, Smith correctly identified a person in a photo, but the photo was from a different event, where the subject said he wore a swastika armband as part of a social experiment. Smith issued a correction in both cases, but as the New York Times reported, false stories and identifications can spread quickly online, and it can be hard to stop attacks on alleged white supremacists once they begin.

Smith said he did not directly notify any of the protesters’ employers, though his posts did lead to employers finding out about protesters on their payrolls, which was part of his goal. Smith believes marching in a white supremacy rally should come with consequences. “Freedom of speech does not mean freedom from criticism,” he said. “If someone goes to a rally and stands shoulder to shoulder with KKK members, they should be prepared to face any backlash they may experience. I’m certainly not trying to ruin anyone’s day or anything like that, but it’s something that these people should look in the mirror and consider before they grab their Tiki torches and Game of Thrones cosplay shields.”

Smith hopes the exposure will move some of the white supremacists to question their beliefs and choices. “Hopefully these people will look in the mirror and ask, ‘Is this the person I want to be?’”

“I hope there’s a chance for them to change,” Smith added. 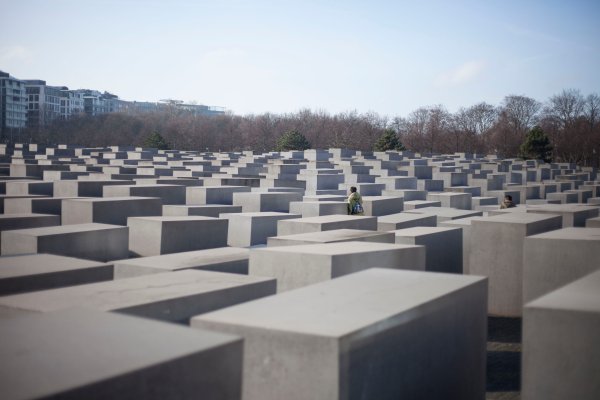 How the Nazi Flags in Charlottesville Look to a German
Next Up: Editor's Pick