'It’s So Unknown to Me.' Mindy Kaling Breaks Silence About Her Pregnancy

While reports of Mindy Kaling’s pregnancy surfaced in July and were confirmed by friend and fellow Wrinkle in Time co-star Oprah Winfrey, Kaling has finally confirmed her pregnancy herself, noting that she’s “very excited.”

In a preview of an interview with Sunday Today, the Mindy Project creator, writer, and actor shared that expecting a child is a learning experience that she’s been anticipating.

“It’s so unknown to me,” Kaling said. “I have a lot of control over a lot of aspects of my life, and this is one where I’m like, ‘Okay, it’s out of my hands,’ which is kind of a fun feeling.”

For Kaling, motherhood will also be intensely personal — she lost her own mother to pancreatic cancer in 2012, but will be looking to her for inspiration as she prepares to welcome her own baby.

“My mom was incredibly fierce and so devoted to us, just loved us and really wanted us to be happy no matter what we did,” she said. “My career choice was not something that she was familiar with and she was just so supportive of that. And if I could give that to my child, just that open-mindedness, I’d be so happy.”

Kaling’s talk of motherhood was not without her trademark humor, however — she riffed on what she thinks will be her favorite part of being a parent.

“It’s so easy to criticize parenting until you’re a parent, so one of the nice things about becoming a parent is that I’ll be able to openly criticize other parenting because I will have a child,” she joked.

Watch the full preview below. 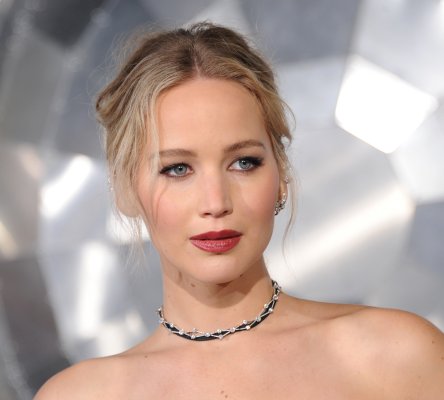 Jennifer Lawrence Is Asking Fans to Identify White Supremacist Protesters in This Picture
Next Up: Editor's Pick