'Unsafe and Unprofessional': Iranian Drone Flies Close to U.S. Ship for the Second Time in a Week

An Iranian drone flew in “an unsafe and unprofessional” way near a U.S. aircraft carrier in international waters on Sunday — the second time in a week such flyby has happened in a week.

The drone flew several times past the USS Nimitz as it was in international waters in the Persian Gulf, Lieutenant Ian McConnaughey, a Navy spokesperson in the Middle East, said, according to the Washington Post. The unmanned aerial vehicle came within 1,000 feet of a U.S. aircraft after the U.S. made several radio calls to it, he said.

The Iranian UAV, McConnaughey said, “created a dangerous situation with the potential for collision, and is not in keeping with international maritime customs and laws,” McConnaughey said, according to the Post. A representative for the USS Nimitz did not immediately respond to request for comment.

A similar incident occurred when an Iranian QOM-1 drone nearly collided with an aircraft as it approached the Nimitz, the Navy said on Aug. 8. Similarly, the U.S. attempted to establish communication with the drone before it came within 100 feet of the F/A-18E Super Hornet aircraft. The maneuvers made by the drone were also described by the Navy as “unsafe and unprofessional,” as well as “dangerous.”

There have now been 14 circumstances in 2017 in which unsafe interactions between the U.S. and Iranian maritime forces have occurred, the Navy said. 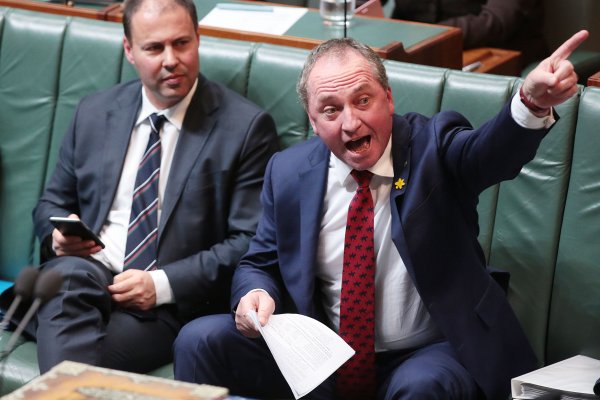 The Dual Citizenship Scandal Rocking Australia
Next Up: Editor's Pick