Jennifer Lawrence has joined a growing chorus of celebrities speaking out against the racist protests in Charlottesville, Virginia, sharing an impassioned plea for fans to help publicly identify white supremacists who gathered from across state lines to participate in the deadly Unite the Right rallies, which joined various hate groups (including neo-Nazis) over the weekend.

“These are the faces of hate,” Lawrence wrote on her official Facebook page Monday afternoon, additionally sharing several photos from the demonstrations showing participants carrying torches and swastika-bearing flags. “Look closely and post anyone you find. You can’t hide with the internet you pathetic cowards!”

Social media users have banded together in recent days to out Unite the Right supporters, uncovering the identifies of several aggressors in the process.

“Racism is evil, and those who cause violence in its name are criminals and thugs, including the KKK, neo-Nazis, white supremacists, and other hate groups that are repugnant to everything we hold dear as Americans,” President Donald Trump said of the Charlottesville incidents during a White House press conference Monday morning, two days after the attacks. “We are a nation founded on the truth that all of us are created equal. We are equal in the eyes of our creator, we are equal under the law, and we are equal under our Constitution. Those who spread violence in the name of bigotry strike at the very core of America.”

Lawrence can next be seen in Darren Aronofsky’s latest film, mother!, which will premiere at the 2017 Venice Film Festival this fall ahead of a Sept. 15 theatrical bow. 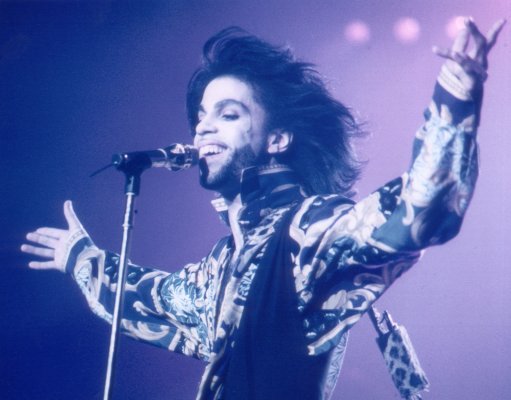 Pantone Announces a Color in Honor of His Purpleness: Prince
Next Up: Editor's Pick