After more than three seasons without even a mention of his name, Gendry finally made his triumphant return in Sunday’s episode of Game of Thrones. But after recruiting him to Jon Snow’s cause, Davos Seaworth tried to convince Gendry to introduce himself to the King in the North using an alias.

“The King’s got a lot on his mind…He doesn’t need to be thinking about harboring the bastard of a dead king,” Davos told him, referring to the fact that Gendry is the illegitimate son of Robert Baratheon. “You’re just Clovis, a smith who’s come to pay his respects before he heads off to work at the Winterfell forges.”

Gendry completely ignored Davos’ advice, choosing to reveal his true identity to Jon. But some fans believe the fake name was a clue about what’s in store for the lovable blacksmith.

“Before Gendry goes rogue and tells Jon exactly who he is, Davos tries to convince him to use an alias,” Reddit user fifthpilgrim wrote. “The fake name that Davos comes up with for Gendry is ‘Clovis’ and appears to be a little insight into Gendry’s future role in the show. In the real world, there is a stone tool technology (see: spear/arrow heads and other stone tools) called Clovis. The significance of dragonglass (obsidian) this season, along with Gendry’s skill as a smith highlights the importance of Davos’ fake name for him. This appears to be a clever connection put in by the writers to suggest that Gendry will survive beyond the Wall and will become the person to make the weapons out of the dragonglass for the war against the dead.”

This theory seems plausible considering Jon recently came into an entire mine’s worth of dragonglass that needs to be forged into viable weapons. However, there is also speculation that the name may have been a reference to the Frankish king Clovis I.

“Clovis was the first king of the Franks to unite everyone (in what is now France) under one ruler, fixing a huge succession issue,” user yogurtraisin wrote. “He created the Merovingian dynasty, which lasted for two centuries. I think this was very intentional, and the Gendry will have a big part in repairing the issue of succession in Westeros.”

Whatever the case, let’s just hope nobody sends Gendry away in a rowboat again anytime soon. 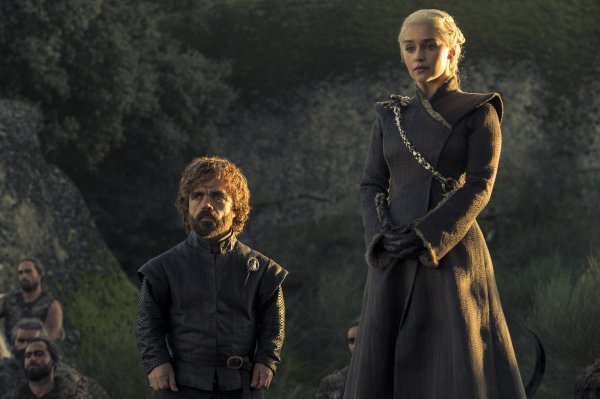 4 Arrested in India for Leaking 'Game of Thrones' Episode
Next Up: Editor's Pick