After an initial tepid response to the white nationalist protests in Charlottesville over the weekend, President Donald Trump condemned the KKK, neo-Nazis and white supremacists on Monday. But for the organizers of the Women’s March, his denunciation was “too little, too late.”

“Trump calling racism ‘repugnant’ once again fails to mention marginalized communities who continue to be targeted by white supremacists,” the Women’s March said in a statement released on Monday. “Again, Trump refuses to take any responsibility for his role promoting rhetoric and policies that have normalized hatred and bigotry.”

Women’s March co-president Bob Bland spoke with Motto about Trump’s response to Charlottesville, how she believes white women are complicit in white supremacy and what the Women’s March is planning to do next.

What was your initial response to President Trump’s first comments on Charlottesville, in which he blamed “many sides” for the violence?

By not naming white supremacists, KKK and Nazis specifically — while many others, including those who ran against him in the Republican primary like Ted Cruz and Marco Rubio, did— Trump was sending a message that he was willing to treat white supremacists better than our civil rights leaders and civil rights activists in this country. It’s horrible that Trump isn’t specifically calling out the white supremacy for what it is systemically. He is the leader of the free world right now. He should be the president of all Americans — not just the ones who elected him to office.

I just want to thank everyone across the country who mobilized this weekend, particularly the counter protesters who were injured or killed in Charlottesville this weekend. Heather [Heyer, who was killed in Charlottesville by a car driven into counter protesters] is everything that a women’s marcher is. She was someone who was standing up for social justice and the rights of the most marginalized in her community — and she was doing it every day. She represented bravery and promise of women leaders in this country. She needs to be honored for her sacrifice.

We need to have these discussions in all of our communities across the nation now, not later, about how white supremacy got to the point — again — where the KKK and Nazis feel like they can march with impunity. How did we get here as a nation? How are women going to take the lead to fight this?

Some of Trump’s supporters, including Vice President Mike Pence, say that there’s too much attention on President Trump’s response. What’s your response to that?

White supremacy didn’t start in Charlottesville. And it’s not going to end with one statement. Anyone who is trying to lead millions and millions across this country should know that. White supremacy is what America was founded on. It did not end with the abolition of slavery. It continues on with mass incarceration and private prisons, breaking up families and putting them into ICE facilities and in so many other ways that are specifically targeting marginalized populations. This is something that affects nearly all Americans in some way or another. It is not becoming of the President of the United States to not acknowledge that this is a systemic problem.

There aren’t “many sides” on this. There is only one side. While America has never been just, we need to look to what America could be and the promise of the country. We need to acknowledge the country’s shortcomings and the crimes that have been perpetrated in the name of white supremacy over generations. Every single one of us, all the way up to the president, needs to commit to dismantling the systems of oppression that have lead us to this point. We need a real leader to do that.

Many, including the Women’s March, have argued that many white women are complicit in white supremacy. What should white women do to fight these systems?

Whether they voted for Trump or not, all white women benefit from white supremacy just by virtue of being white. Being white is a power position. We have to acknowledge our privilege. Then, we need to have conversations with other white people in our communities about acknowledging their privilege and the ways that they are racist. We need to people to stop saying that they’re not racist when they still unfairly benefit based on their race. Silence is complicit — and silence is how we got to this point as a country where white nationalists feel emboldened.

White women need to take leadership by speaking out against all forms of hate and ensuring that we’re not just protecting ourselves. We need to check ourselves and take a seat, and we need to ensure that we’re encouraging other folks in our families and communities to do the same. We need to let people of color lead. We need to listen to them. We need to trust them.

What’s next for the Women’s March?

The Women’s March on Jan. 21 wasn’t just a moment in history. It was the commencement of a new wave of women’s activism that we’re continuing with all of our different mobilizations against hate in this country. We are going to hold a Women’s Convention from Oct. 27-29 in Detroit, Michigan, which is the next big stage of our evolution. We will be bringing together thousands of women who are organizers, activists, leaders in their communities and spaces to learn, organize, to be inspired and to set the agenda for 2018.

It isn’t enough for us to march. We have to take our collective power and transform that into political power in the 2018 midterm elections. We feel like it will be a historical event, but in a very different way from the Women’s March. It’s not about numbers, it’s about direction and vision. We truly feel that women are the leaders we’ve been waiting for — it’s just a matter of us stepping up. 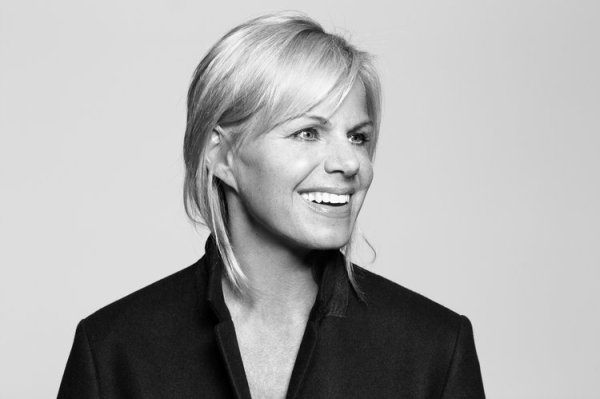 Gretchen Carlson: Taylor Swift and Google Are Proof That Voices Carry
Next Up: Editor's Pick