Millions of Americans became witnesses to history Monday when a total solar eclipse — exclusive to the U.S. — swept across the country from coast to coast for the first time.

The eclipse, which earned the nickname “The Great American Eclipse,” first touched down in Lincoln Beach, Ore., at 10:16 a.m. PST before cutting across the country diagonally. It moved over parts of Idaho, Wyoming, Nebraska, Missouri, Illinois, Kentucky, Tennessee, Georgia and North Carolina, shrouding the states in sudden darkness before ending near Columbia, S.C. at 2:44 p.m. EST.

It was the first total eclipse of the sun visible from the contiguous U.S. since 1979. Total solar eclipses occur when the moon passes directly between the sun and the Earth and completely covers the entire face of the sun. They’re exceedingly rare.

The “Great American Eclipse” took just about an hour and a half to traverse the country. Watch our solar eclipse video, showing the eclipse as it appeared from Casper, Wyo., in four minutes above. 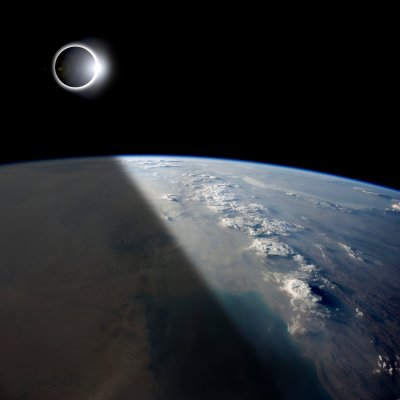 Watch the Total Solar Eclipse in 360-Degree Video
Next Up: Editor's Pick