President Trump condemned the violent attack on a crowd of counterprotesters in Charlottesville, Va., that left one dead and 19 injured Saturday.

Speaking from the Diplomatic Reception Room in the White House Monday afternoon, Trump said plainly that “racism is evil” and that members of the Ku Klux Klan, neo Nazis and white supremacists are “repugnant to everything we hold dear as Americans.”

“As I have said many times before, no matter the color of our skin, we all live under the same laws. We all salute the same great flag, and we are all made by the same almighty God,” he said. 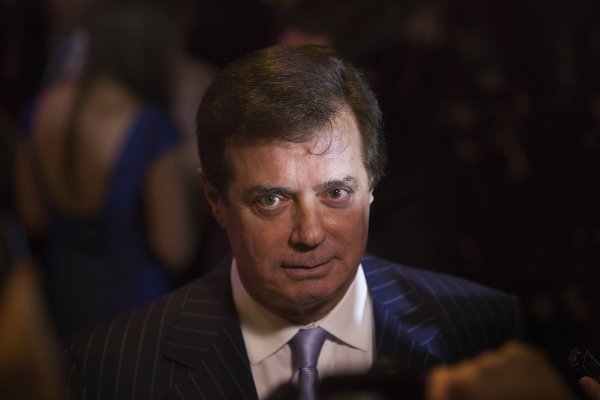 Paul Manafort's Home Was Raided by FBI Agents. Here's What That Could Mean
Next Up: Editor's Pick