'Truth is Always the Answer.' Kesha Shares Her Support of Taylor Swift During Trial

Taylor Swift is still in court testifying against the Denver DJ she claims groped her in 2013, and her friends are continuing their support for the pop singer.

After Lena Dunham tweeted that Swift was setting a powerful example for other women, Kesha tweeted out her support for the singer, too. “I support you always, and especially right now and admire your strength and fearlessness,” Kesha tweeted, adding. “Truth is always the answer.”

Kesha undoubtedly knows how difficult court battles can be as she has been engaged in her own legal fight. Last year, Swift donated $250,000 to Kesha in the middle of her own trial against Sony and Dr. Luke, when a court ruling denied the “Tik Tok” singer the ability to record new music outside her recording contract with Sony.

While David Mueller’s lawsuit against Swift has been thrown out by a judge, who said the pop star could not be held liable for Mueller’s firing, Swift’s countersuit against the DJ will be considered by a jury. Swift is seeking a symbolic $1 as well as the chance to speak out against the alleged groping. 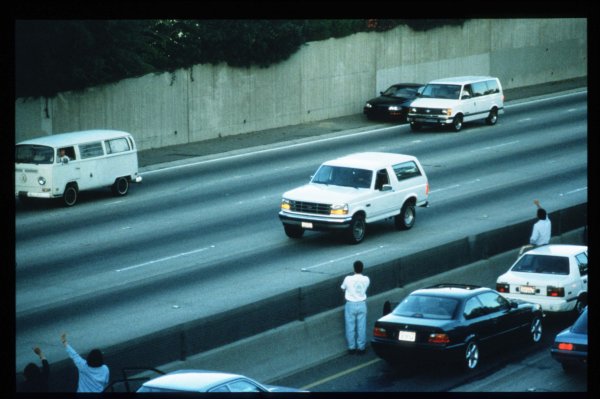 O.J. Simpson’s Infamous Bronco Is Getting Another Moment in the Spotlight
Next Up: Editor's Pick