The Powerball Jackpot Has Now Hit a Whopping $430 Million

Saturday night’s Powerball drawing did not yield a winner, pushing the jackpot up to a whopping $430 million for the next drawing on Aug. 16. The cash value of that jackpot is around $273 million, according to Powerball.

In order to take home the massive bounty, all five numbers on your ticket must match the five drawn numbers and the red Powerball. The odds of winning are slim—1 in 292,201,338, according to the Powerball website–but that doesn’t keep folks from trying, especially when the jackpot hits over $300 million.

“You see more people in line buying both tickets when both games are over $300 million,” a spokesman for the National Association of Convenience Stores, Jeff Lenard, told CNN Money. Around two-thirds of the lottery tickets sold in the U.S. are purchased at convenience stores.

Wednesday’s drawing will be large, its still not quite the largest the country has ever seen. In January 2016, the Powerball Jackpot peaked at $1.6 billion. A California couple came forward to collect their winnings some 6 months later in June 2016, according to the TODAY Show. 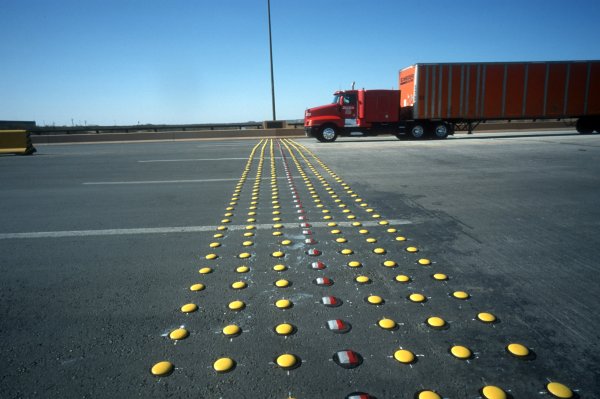 17 Immigrants Rescued From Truck at Texas Rest-Stop
Next Up: Editor's Pick