London's Big Ben Is About to Shut Down for Years

London’s iconic Big Ben, the bell inside a clock tower by the Houses of Parliament, will fall silent next Monday for the next four years, due to conservation work.

The Elizabeth Tower, which houses the Great Clock and Big Ben (also known as the Great Bell), is currently undergoing renovation work. As this work takes place, the regular bongs of Big Ben will be paused at noon (GMT) Aug. 21 until 2021, according to a parliament statement.

“Big Ben falling silent is a significant milestone in this crucial conservation project,” Steve Jaggs, whose official title is Keeper of the Great Clock, said in the statement. “This essential program of works will safeguard the clock on a long-term basis, as well as protecting and preserving its home – the Elizabeth Tower,” he said.

Big Ben weighs 13.7 tons and strikes to the note of E. every hour. Smaller bells chime every 15 minutes— those bells will also stop ringing. Parliament’s clock makers will ensure that Big Ben will bong during important national events, like New Year’s Eve.

The last time Big Ben fell silent for maintenance was in 2007, but this will be the longest period that the Great Bell will have its bongs paused in 157 years. 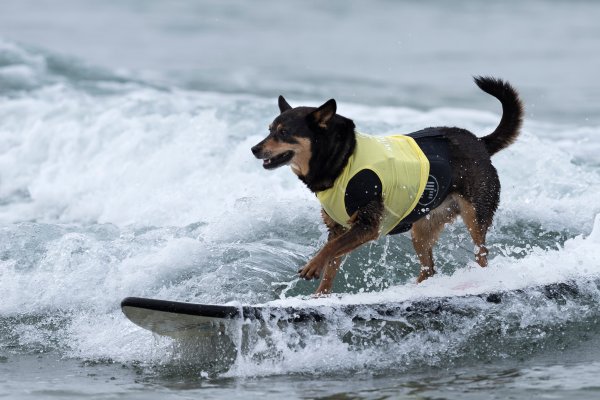 This BBC Newsreader Can't Hide His Disdain for a Surfing Dog Story
Next Up: Editor's Pick