What to Know About the Dual Citizenship Scandal Rocking Australian Politics

Barnaby Joyce, Australia’s Deputy Prime Minister, is facing the prospect of being dislodged from office after the New Zealand government announced that he was a citizen of both countries.

The member of parliament, who is leader of the National Party of Australia in the Liberal coalition headed by Prime Minister Malcolm Turnbull, has become the fifth Australian politician to fall foul of a contentious section in Australia’s 116-year-old constitution. Here, why dual citizenship matters to Australian politicians, and what it could mean for the country:

Why does it matter if a politician has dual citizenship?

The Australian Constitution prohibits it. The document, enacted on Jan. 1, 1901, includes a section outlining who can and who cannot sit in the Senate, the upper house of the Australian Parliament. Section 44.1 states that: “any person who is under acknowledgement of allegiance, obedience, or adherence to a foreign power, or is a subject or a citizen or entitled to the rights or privileges of a subject or citizen of a foreign power shall be incapable of being chosen or of sitting as a senator or a member of the House of Representatives.”

This has been interpreted to mean that dual citizens cannot sit in the Australian Parliament.

Did Joyce know he was a dual citizen?

Apparently not. Joyce told the Australian Parliament on Monday that the New Zealand High Commission contacted him last Thursday to tell him that he might be a citizen by descent, because his father was born in New Zealand. Under the country’s Citizenship Act of 1948, a New Zealand citizen by descent acquires his or her citizenship status automatically. As Joyce’s father never renounced his citizenship of New Zealand, it was passed on to his son.

“Needless to say I was shocked. I’ve always been an Australian citizen, born in Tamworth. Just as my mother and my great grandmother was born there 100 years earlier. Neither I, nor my parents, have ever had any reason to believe that I was a citizen of any other country,” he said.

Joyce has referred his case to the High Court and has said that he will not step aside while it is considering his case. However, two Senators have so far resigned and a further two are also pending investigation from the court.

When did this start?

On July 14, Australian Senator for the Greens Scott Ludlam tweeted to say that he was resigning from Australian parliament because it had been brought to his attention that he was a dual citizen of Australia and New Zealand and he was therefore “ineligible” to take office.

“I have no wish to draw out the uncertainty or create a lengthy legal dispute, particularly when the Constitution is so clear. I am resigning as Senator for Western Australia and Co-Deputy Leader of the Australian Greens. effective today.”

Three days after Ludlam announced his resignation, Senator Larissa Waters of the Greens Party also announced that she had recently discovered she was a dual citizen of Australia and Canada. In a statement she said that she was born in Canada, had left at 11 months old and thought she was a naturalized Australian. “I was devastated to learn that because of 70 year old Canadian laws I had been a dual citizen from birth, and that Canadian law changed a week after I was born and required me to have actively renounced Canadian citizenship,” she said.

Waters then tweeted on August 8 to imply that she had renounced her Canadian citizenship.

Then two weeks ago politicians across Australia started publicly proclaiming their status as Australian citizens.

Former Prime Minister Tony Abbott even shared the letter from the U.K. visas and immigration office confirming that he had renounced British citizenship.

How many politicians have been caught up in the scandal?

Five so far, including Ludlam, Joyce and Waters. On July 25 resources minister Matt Canavan announced that his mother had made him an Italian citizen when he was 25 without his knowledge, leading him to step down from the cabinet. However, he said he would remain as a politician because he had legal advice to suggest he wasn’t in breach of Section 44 because he was registered without his knowledge or consent, the Guardian reported.

Then One Nation senator Malcolm Roberts was referred to the High Court after months of speculation about his citizenship status. Documents uncovered by BuzzFeed found that he had previously travelled on a U.K. passport and had previously signed to say that he was a British citizen. The Senator refutes the claim that he was ever British.

If Joyce is deemed ineligible to remain a lawmaker, it could deny the Liberal coalition a workable majority in Australia’s parliament.

Joyce is the first member of the lower house – the House of Representatives – to face questions over his eligibility and is the leader of the National Party, which is currently in a coalition with three other liberal parties in the Australian parliament. The Liberal-National coalition holds a single-seat majority in the House of Representatives meaning that power could be lost if he is found ineligible for office, the Financial Times reported.

Current Australian prime minister Malcolm Turnball ousted previous prime minister Tony Abbott in 2015 in a contest over the leadership of the Liberal Party. The pair have previously struggled for power over the party as Abbott took leadership from Turnball back in 2009. The Liberal-National coalition has only been in power since July 2016 and its narrow majority signals the instability of Australia’s leading party. 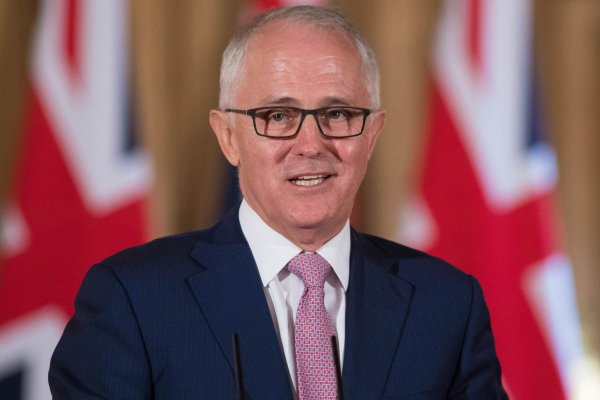 Australian Prime Minister Tells U.S.: We've Got Your Back If North Korea Attacks
Next Up: Editor's Pick