'This Is un-American.’ Politicians on Both Sides of the Aisle Rebuke Charlottesville Violence

Politicians from both sides of the aisle condemned the violence that turned deadly as white nationalists gathered over the weekend in Charlottesville, Va., to protest the removal of a Confederate monument.

In statements directly rebuking white nationalism, bigotry and Nazism, both Democrats and Republicans including former President Barack Obama and Arizona Sen. John McCain came out against the violence incited by the hundreds of protesters toting flags with swastikas and the Confederate flag. One person died and at least 19 others were injured Saturday when a man drove his car into a group of counter-protesters.

Virginia Gov. Terry McAuliffe declared a state of emergency Saturday as the events unfolded. A Virginia State police helicopter that was responding to the situation in Charlottesville crashed on Saturday, killing two officers on board.

The Department of Justice announced it would open a civil rights investigation conducted by the F.B.I. into “the deadly vehicular incident” that occurred during the event on Saturday.

“This violence is totally contrary to American values and can never be tolerated,” said Attorney General Jeff Sessions in a statement.

In some responses, politicians called on President Trump to make a more direct statement against white nationalism after he criticized what he said was “hatred, bigotry and violence on many sides.” Some of the white nationalists who participated in the events over the weekend donned red “Make America Great Again” hats.

A slew of Democrats and Republicans took to Twitter to condemn the widespread hatred and violence seen in Charlottesville this weekend.

Ivanka Trump, the president’s daughter and assistant to the president, specifically condemned Nazism, bigotry and racism on Sunday. 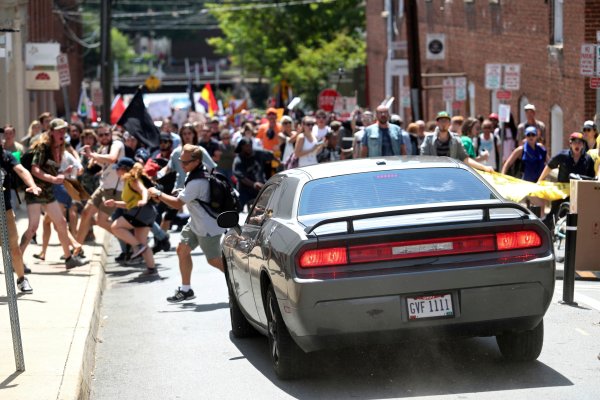 Deadly Unrest in Charlottesville
Next Up: Editor's Pick