Elvis Presley, the legendary singer and movie star who became known as the king of rock and roll, died of heart failure 40 years ago this week.

His death on Aug. 16, 1977 stunned the music industry and devastated millions of fans worldwide. In the days following his funeral, speculation grew among a small group of skeptics that Elvis might not have died after all. Despite clear statements from doctors and a coroner that the 42-year-old superstar was dead, disbelievers were adamant that the gyrating beloved baritone had faked his own death to go into hiding.

Over the past four decades, fans across North America have insisted they’ve spotted Presley out and about. In 1989, three so-called Elvis enthusiasts even created The Elvis Sighting Society to monitor these apparent incidents. Some people even claimed he appeared as an extra in the 1990 blockbuster, Home Alone.

Presley isn’t the first famous figure our nostalgia-obsessed pop culture has been unable to fully let go. Conspiracy theories have cropped up after other high-profile deaths, from Hollywood star James Dean’s demise in a car crash in 1955 to Michael Jackson’s prescription drug death in 2009, as fans insist their favorite celebrities must still be alive.

Here’s what to know about the conspiracy theories surrounding Presley’s death:

Some believe Elvis was connected to the mafia

One of the biggest theories on why Presley may have faked his death is because he had to in order to escape the mafia. Gail Brewer-Giorgio, the author of the 1988 bestselling book Is Elvis Alive, recalled in a recent interview with TIME how she pored through thousands of FBI documents to come to the conclusion that Presley was an American hero who had to go into witness protection.

Brewer-Giorgio, now 78, said the FBI enlisted Presley as an undercover agent in 1976 to help the agency infiltrate a criminal organization called “The Fraternity,” which was apparently made up of dozens of racketeers. Presley volunteered, spurred by his love of America and respect for the FBI, according to Brewer-Giorgio. The author said the agency had approached Presley because a member of “The Fraternity” had apparent dealings with Presley over the sale of an airplane the singer had. But when Presley was found to be a mole, he was put into the witness protection program, Brewer-Giorgio said, citing what she said was evidence from FBI documents and interviews.

“Elvis faked his death because he was going to be killed and there was no doubt about it,” she said.

The FBI did not immediately comment on the decades-old claim that Brewer-Giorgio describes at length in her book. There’s no mention of Presley aiding the FBI in the more than 760 files the federal agency has released that pertain to the singer between 1956 and 1980. The FBI never investigated Presley, but a folder in his name was created because he had been the target of several extortion attempts the FBI probed.

The released documents outline the extortion cases, and they also show Presley’s admiration for the FBI. During a tour Presley took of the FBI’s headquarters in 1971, the musician “spoke favorably” of the bureau and offered his “services in any way,” according to an FBI memo. There’s also mention of Presley’s plane and a business arrangement involving the aircraft. Elvis experts say the docket lacks evidence suggesting Presley is alive.

“Those FBI files are available to the public. I have them. There’s nothing in there,” said Patrick Lacy, an Elvis Presley researcher who wrote Elvis Decoded, which debunks the theories surrounding Presley’s death.

“All of the evidence points to a death — the medical evidence, the eyewitness report,” Lacy told TIME. “To have him have faked his death would have required the silence and the services of literally hundreds if not thousands of people over the years.”

Others point to Elvis’ tombstone as evidence

Besides believed sightings, skeptics also point to what they insist are slip-ups from Presley’s family in media interviews and an apparent name misspelling on the King’s tombstone as proof of a cover-up.

Flowers adorn the grave of Elvis Presley at his Graceland home on May 1, 1979 in Memphis, Tennessee.
Waring Abbott—Getty Images

In a 2005 interview with Oprah on the TV host’s show, Presley’s wife Priscilla was addressing how Presley spoiled their daughter, Lisa Marie. Skeptics believe Priscilla said: “It’s exactly what he said the other day” before correcting herself and saying, “you said,” to Oprah. They also say Lisa Marie evaded Larry King’s question during a 2003 interview when the host asked if she ever feels “communication” with her father.

The impact of the Elvis conspiracy theories

The conspiracy theories bring unnecessary pain to Presley’s family, said Lacy, who calls himself a “big Elvis fan.” “I didn’t just get into this because I’ve got nothing better to do. I believe that the people who say Elvis is alive are doing a great disservice to him and his family,” he said. “Imagine you have to go through your life saying your father did all of these things and that he conned his fans. Elvis’ death hurt a lot of people. It still does. You have to ask what kind of person would Elvis be to do that to his fans?”

A vast majority of Americans believe Presley did in fact die in 1977. A Gallup poll conducted in 1997 found only 4% of Americans thought Presley was alive, while 93% of those surveyed were certain he was dead.

Still, Brewer-Giorgio remains firm on her stance. The Georgia woman, who said she does not have a single Elvis album and owns no memorabilia of him, insists her findings are based on facts and not feelings. “I know what he really did,” she said. “The world needs to know that Elvis Presley put his life on the line.”

“I think it’s sad that we don’t know the whole Elvis,” she added. “If I don’t do this for Elvis, nobody is going to.” 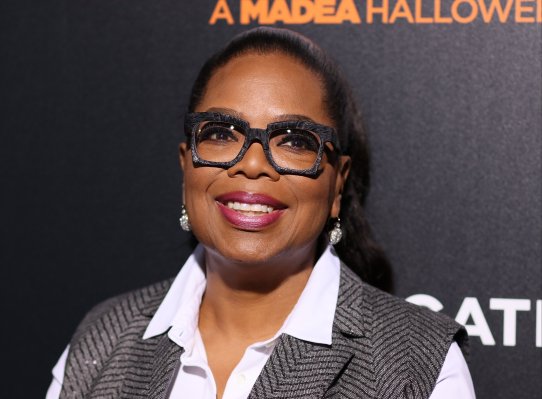 Here's Why Oprah Is Obsessed with Having the Perfect Bathtub
Next Up: Editor's Pick