Australian Prime Minister Tells U.S.: We've Got Your Back If North Korea Attacks

Australian Prime Minister Malcolm Turnbull said Thursday that his country would support the United States if it were attacked by North Korea.

“Australia would come to the aid of the U.S. as America would come to our aid if we were attacked,” Turnbull said, according to the Australian Broadcasting Corporation.

Trump, who has been engaged in an escalating war of words with Pyongyang this week, doubled down on threats to North Korea on Thursday. After North Korea reacted to new U.N. sanctions by threatening to retaliate against the U.S. “thousands of times,” Trump said on Aug. 8 he would send “fire and fury like the world has never seen.”

These comments caused many to fear the president was threatening nuclear war, and led Secretary of State Rex Tillerson to reassure Americans they did not have to worry. But then on Thursday, Trump said perhaps his threat “wasn’t tough enough,” telling reporters that “North Korea better get their act together or they are going to be in trouble like few nations have ever been in trouble.”

“If North Korea does anything in terms of even thinking about attack — of anybody that we love or we represent, or our allies or us, they can be very, very nervous,” Trump said, according to NBC News.

Australia’s quick defense of the U.S. comes after Turnbull and Trump have had a tough year. It started with a tense phone call in January, shortly after Trump took office, when the two heads of state clashed over taking in refugees and Trump’s travel ban. While that call was reported at the time, the Washington Post published a full transcript of the call last week.

Turnbull was also caught mocking Trump in June when audio of a speech he gave in Australia’s capital city of Canberra leaked. But for now, it looks like Turnbull is taking the situation with North Korea seriously and not letting past disagreements with the U.S. alter his strategy. 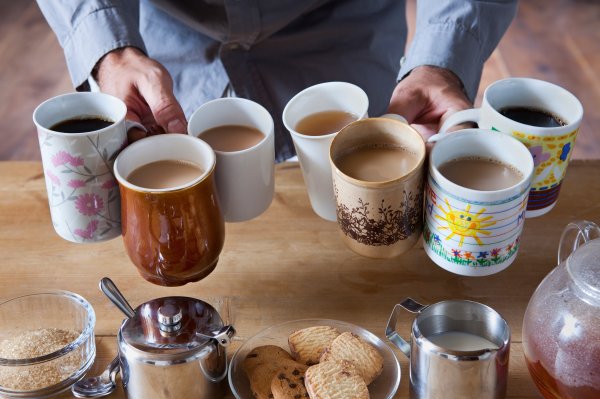 This Cafe Charges an 18% 'Man Tax' to Highlight Gender Pay Gap
Next Up: Editor's Pick