It’s been quite the harrowing year for Jimmy Kimmel — but things are looking up.

The late-night host and wife Molly McNearney‘s baby boy William “Billy” John now 3 months old, had open heart surgery three days after his birth in April. And according to Kimmel in a new interview with The Hollywood Reporter, his son will need two more of the procedures, but is “doing great.”

“Young Billy made his first visit to our office today. He’s juggling. He’s translating Flaubert from French into English,” jokes the star. “No — he smiles. That’s pretty much it. He is very interested in ceiling fans. He likes those a lot. I could get him to pay the same amount for Netflix just to watch ceiling fans.”

In all seriousness, “We would like to get [the surgeries] over with and not have to think about it all the time, but it could definitely be worse,” says Kimmel, 49.

Kimmel says he and McNearney “didn’t know anything about heart surgery” before their son’s birth and subsequent operation, and that the associated memories from the beginning of Billy’s life were stressful and difficult, to say the least.

“I felt like I was in an episode of a television show where something terrible was happening,” he says, explaining, “There were a lot of people scrambling around. At that point, I knew there was nothing I could do. They were all very good about keeping me abreast of what was happening, but I wanted them to just focus on him and not worry about me.”

Of “the surgery itself,” it “took less time than we were told it would — about two hours,” Kimmel, who’s also dad to 3-year-old daughter Jane and adult children Katie and Kevin, reveals to THR. “We were surprised when the doctor walked in and told us it went well.”

“My whole family came to the hospital. We were worried getting through that time, but my cousins Sal, Ivy and Mickey showed up and started making fun of everyone else in the family,” he shares. “Somehow, we managed to laugh through the whole day.”

Kimmel famously addressed his son’s birth and congenital heart disease — called tetralogy of Fallot with pulmonary atresia — for the first time on Jimmy Kimmel Live! in early April, sharing a photo of Billy hooked up to multiple hospital wires.

The host’s monologue also included praise for his wife, as well as a plea about affordable healthcare in the U.S. — something he is continuing to speak about.

“I don’t see what the difference between health care and education is. Every kid should have a right to an education. We don’t seem to have a problem with paying for that,” Kimmel tells THR.

“I was relieved when the [GOP bills] failed to pass, but it’s far from over,” he continues. “I worry that those who oppose Obamacare are going to do everything they can to make sure it doesn’t work. Nothing is perfect, but when people are working against something, it makes it a tough road.”

“I worry that these politicians don’t care about the people they represent,” Kimmel says. “I have spoken with so many people who strongly believe the reason they are alive or their brother is alive or their parents are alive is the Affordable Health Care Act. It’s undeniable if you talk to people.”

The host admits he’d be open to having President Trump on his show to talk to him about healthcare. “I would like to see, as a father and a person who prides himself on speaking the truth, what he thinks,” he says. “If I were his next-door neighbor and I didn’t have health insurance for my child, I find it hard to believe he would ignore that.” 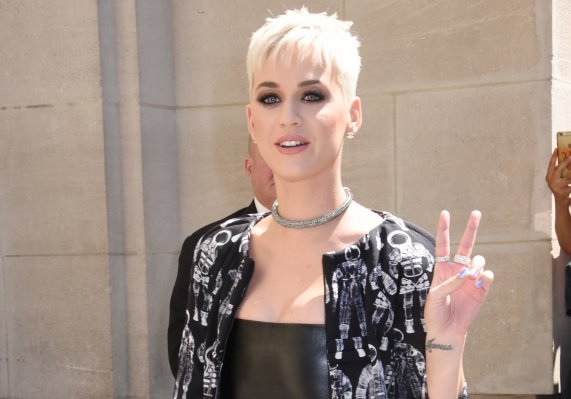 Katy Perry on Her Disappointing First Kiss: "There Was a Wet Fish"
Next Up: Editor's Pick