Move over, blue-black-white-gold dress, there’s a new optical illusion taking over the internet and it’s a real head-scratcher. The illusion was created by artist Victoria Skye, and shared by Twitter user @martinstaylor. It appears to show a series of horizontal lines arranged at an angle. The trick is that all the lines are straight, even though it really doesn’t look like it. The image quickly took the internet by storm.

Some people noted that the illusion could have been inspired by a longstanding mural at a café in Bristol in the United Kingdom:

Others were offering tips to help befuddled brains explain the illusion, suggesting everything from squinting to enlarging the image or printing it out:

If none of those helpful hints worked, dancing bears are here to make it all better. 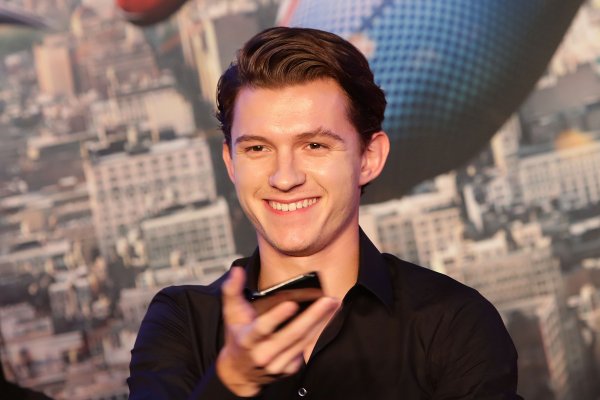 The Internet Just Can't Quit These Memes of Tom Holland Pronouncing 'Croissant'
Next Up: Editor's Pick