Mueller’s team of investigators has sent subpoenas in recent weeks from a Washington grand jury to global banks for account information and records of transactions involving Manafort and some of his companies, as well as those of a long-time business partner, Rick Gates, according to people familiar with the matter.

The special counsel has also reached out to other business associates, including Manafort’s son-in-law and a Ukrainian oligarch, according to one of the people. Those efforts were characterized as an apparent attempt to gain information that could be used to squeeze Manafort, or force him to be more helpful to prosecutors.

Manafort’s spokesman confirmed that FBI agents raided the political consultant’s home in Virginia two weeks ago to secure documents related to the investigation. That raid was initially reported by the Washington Post.

As prosecutors gather many years of information about his financial affairs, Manafort could be dragged deeper into any number of legal disputes. He has a history of doing business with oligarchs and politicians in Ukraine and Russia that predates his political work for Trump, with payments routed through foreign banks and investments in U.S. real estate.

Part of the reason Manafort is getting intense early scrutiny is that Mueller is drawing on investigations that were well underway, including one by federal prosecutors in Manhattan, when he was appointed in May.

With prosecutors combing through his financial life, the 68-year-old has been toeing a fine line, cooperating with congressional requests for information about the campaign, and insisting he has nothing to hide from Mueller’s team of prosecutors who are delving into his past. Privately, his supporters question Mueller’s work to unearth conduct with no apparent connection to the 2016 election.

Manafort’s spokesman, Jason Maloni, declared last month that Manafort was not a “cooperating witness” — a legal term for someone who agrees to provide evidence and testimony to prosecutors. When reached Wednesday, he only addressed the revelation of the Federal Bureau of Investigation raid, saying, “Mr. Manafort has consistently cooperated with law enforcement and other serious inquiries and did so on this occasion as well.”

As a practical matter, the blitz of recent subpoenas to global banks poses a challenge to Manafort’s ability to continue his day-to-day business activities as a consultant and investor, said one of the people familiar with the matter.

Of course, the Manafort inquiry is just one thread of Mueller’s multifaceted effort, which includes the purchase of Trump real estate properties by wealthy Russians going back a decade, the foreign ties of Michael Flynn, who was briefly the administration’s National Security Adviser, and the dismissal of FBI chief James Comey by the President.

Federal prosecutors in Manhattan were investigating Manafort earlier this year, examining allegations that he laundered money from eastern Europe into New York properties, according to two people familiar with the earlier inquiry. The Southern District of New York handed off their work to the special counsel’s team once Mueller was appointed, the people said.

Along with the real-estate inquiry, the special counsel has taken over a review of Manafort’s late filings to comply with the foreign-agent registration act, known as FARA, according to one of the people.

A spokesman for Mueller’s office, Joshua Stueve, declined to comment.

The 6 a.m. raid on Manafort’s Virginia home last month seemingly caught his legal team by surprise. It came the day after he testified before the Senate Intelligence Committee, and after he had provided his notes to the committee.

In fact, Manafort had alerted authorities to a controversial meeting on June 9, 2016, involving Trump’s son Donald Jr., other campaign representatives and a Russian lawyer promising damaging information on Hillary Clinton, according to people familiar with the matter. The president and his son-in-law, Jared Kushner, were dragged into the matter as details repeatedly emerged that contradicted the initial accounts of that meeting.

Manafort’s business associates also risk being engulfed by the probe.

Jeffrey Yohai, who is the estranged husband of Manafort’s daughter, is under investigation by FBI agents working with prosecutors in the U.S. attorney’s office in Los Angeles, according to people familiar with their work.

With cash infusions from Manafort, Yohai formed real-estate partnerships that took in investor money in New York and Los Angeles. Some of the partnerships subsequently declared bankruptcy, court filings show. U.S. authorities are now looking into claims by an investor that Yohai operated a Ponzi scheme, the people explained. Yohai is contesting a civil lawsuit over one of the soured deals, having won an initial round challenging the jurisdiction.

How a Grand Jury Fits in the Trump-Russia Probe: QuickTake Q&A

Rick Gates’s relationship with Manafort dates to at least 2006, when the younger man joined Manafort Davis, a consulting firm that re-packaged a pro-Russian Ukrainian politician as a leader friendly to the West. Eventually, Gates helped manage a Manafort-directed private equity fund called Pericles, which was supposed to invest in Ukraine.

Michael Dry, a lawyer for Gates, also declined to comment.

Dmitry Firtash, a Ukrainian oligarch, invested $25 million in a real-estate venture started by Manafort a decade ago that subsequently attracted the attention of investigators. Now in Austria, Firtash has been charged in an unrelated case with paying bribes in India in violation of the Foreign Corrupt Practices Act. He is facing a Justice Department request for extradition to the U.S. in that matter.

Firtash’s attorney, Dan Webb, said, “My client is not in any way cooperating with the special counsel office on Paul Manafort or any other issue. Because of the indictment pending in Chicago, I will not make any other comment.”

The inquiry by the U.S. Attorney in Manhattan initially focused on a Manafort-backed business called CMZ Ventures, which sought to develop a luxury skyscraper on Park Avenue in 2008. The partnership received $25 million from Firtash, according to court records filed in a New York federal lawsuit. But the money was never invested in a project, and the firm was shuttered in 2009.

The plaintiffs in that CMZ civil suit, including the former prime minister of Ukraine, Yulia Tymoshenko, alleged the real purpose of the firm was to launder money through the U.S. financial system that Firtash had obtained improperly by skimming sales of natural gas to Ukraine.

In court papers, lawyers for CMZ Ventures and fellow defendants argued that U.S. laws didn’t apply to gas transactions abroad and that the New York court had no jurisdiction in the matter. A federal judge agreed, dismissing the lawsuit in 2015.

By the time Mueller inherited the New York investigation, it extended well beyond the Manafort-Firtash relationship, according to a person briefed on the special counsel’s probe.

Those circling Manafort include various congressional committees, the New York Attorney General and the Manhattan District Attorney. The New York authorities are examining an unusual combination of mortgages and loans assembled by Manafort.

Even the National Enquirer, which veered away from celebrity news to endorse Trump during the campaign, took a swing at Manafort. The tabloid published a story Wednesday with embarrassing details about his personal life. 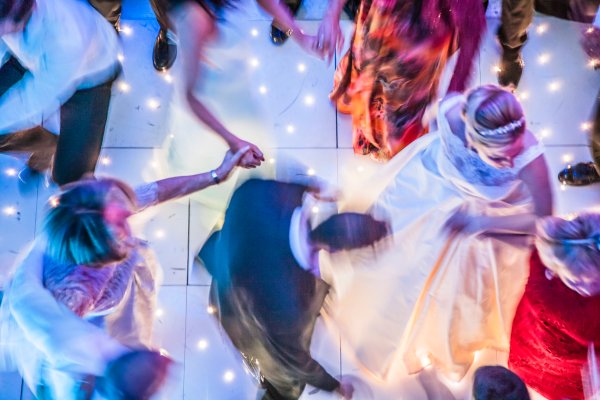 These Newlyweds Want to Meet the Real-Life Wedding Crashers Who Left Them $1
Next Up: Editor's Pick