Jamaica's Usain Bolt crosses the finish line to win the gold in the men's 200-meter final during the athletics competitions in the National Stadium at the Beijing 2008 Olympics, Aug. 20, 2008.
Anja Niedringhaus—AP
By Sean Gregory

Before almost every big race Usain Bolt ran, the crowd hailed the lithe Jamaican as he bounced around the track with a fervor usually reserved for royalty and rock stars. Then, quicker than one of his flashes to the finish, fans shushed before the starting gun, the silence building in electric anticipation of another gold medal, another world record. With his eight Olympic gold medals, 11 world titles and unfathomable record times–9.58 sec. in the 100 m, 19.19 sec. in the 200 m–Bolt singularly turned his doping-tainted sport into a feel-good global spectacle.

In his last solo race before his retirement, the 100-m final on Aug. 5 at the 2017 track-and-field world championships in London, Bolt started too slow and finished third. The turn was unexpected for an athlete who tended to write storybook endings. But afterward the winner, American Justin Gatlin, bowed to his longtime rival–a recognition that no matter the result of this last race, Bolt is the greatest sprinter of all time. His departure leaves a void that will be nearly impossible to fill. 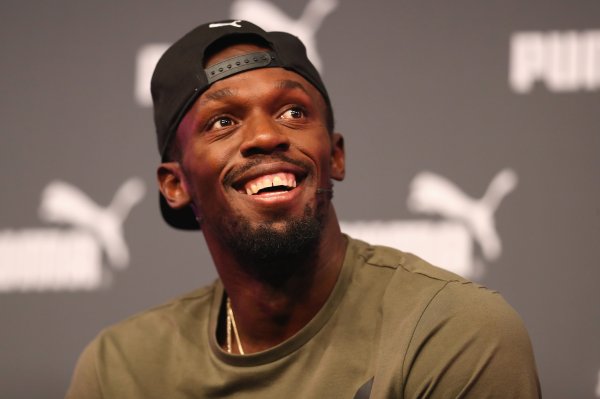 Usain Bolt Wants to Be the World's Fastest Man Forever
Next Up: Editor's Pick