Whose Streets? Is a Ragged, Bracing Protest Document

Little good can come from the tragedy of Michael Brown. The 18-year-old unarmed black man was shot to death in the city of Ferguson, Mo., near St. Louis, on Aug. 9, 2014, by white police officer Darren Wilson, who fired 12 bullets. After Brown was killed, his body lay in the street for four hours before being transported to a morgue. A St. Louis County grand jury declined to indict Wilson, and a subsequent Department of Justice investigation concluded that he did not violate Brown’s constitutional rights. But the community knew that a grave wrong had been committed. Citizens gathered in peaceful protest, though in some cases their anger erupted into violence. Sabaah Folayan’s documentary Whose Streets?, co-directed by Damon Davis, is a gritty record of that time and its aftermath. It represents the spirit of something more powerful than a bullet, the seed of something good springing from a terrible and unjust event.

Whose Streets? is rough around the edges, like a torn photograph whose borders have also been raggedly burned. But that’s more a strength than a liability: Folayan makes extensive use of citizens’ cell-phone and video-camera footage shot on the fly, much of it capturing a community struck with anger and sorrowful shock in the hours and days following the shooting. Folayan also conducts interviews with the people who formed the backbone of the resistance movement that sprang up in Ferguson and quickly captured the attention of the country, and of the world. Those interviewees include Brittany Farrell, a young mother and student who put her education on hold to organize marches and demonstrations in the wake of Brown’s killing. Her daughter Kenna was 6 at the time and took part in the protests with her mother from the start. “I want her to think for herself, to resist and participate in democracy,” Farrell says. “That is your right, and that cannot be taken away from you.”

The most effective images in Whose Streets? are those of peaceful protesters holding signs–including two girls bearing matching placards emblazoned with pink handprints and the legend Don’t Shoot–as members of local law enforcement and the military hold their weapons at the ready. (At times during the demonstrations, police used tear gas.) In one sequence, police tell nighttime demonstrators to “return to their homes,” unaware–and seeming not to care–that those people are standing in their own front yards.

Folayan also includes footage of the looting and rioting that are part of this story, an eruption of anger and frustration that marred protests that ought to have been peaceful. But the movie isn’t intended to be a strict procedural record of who did what, when. Instead, it’s a brash example of guerrilla filmmaking–its immediacy and its energy are its strongest attributes. The protests gave a jolt of momentum to the Black Lives Matter movement, established in 2013 following the acquittal of George Zimmerman in the killing of Trayvon Martin. Whose Streets? is part of the middle of the story. It’s by no means the end. 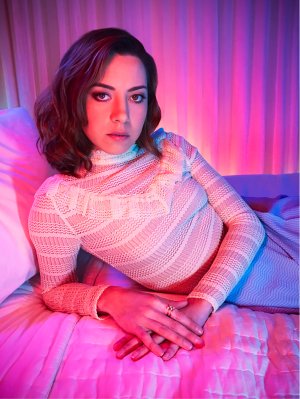