Laverne Cox Will Show You the Long, Intense Fight for Transgender Rights

Ideas
By Laverne Cox, Molly Crabapple, Zackary Drucker, Chase Strangio, Kim Boekbinder, Jim Batt
Cox is an Emmy-nominated actress and Emmy-winning producer; Crabapple is an artist, journalist and author; Drucker is an independent artist and producer; Strangio is a Staff Attorney with the ACLU's LGBT & HIV Project; Boekbinder is a musician and filmmaker; Batt is an award-winning animator and filmmaker.

Every day, people question why we advocate for trans rights. “How many trans people are there, really?” we are asked. Or, “Isn’t this just a new niche issue that serves as a distraction from the issues that really matter?”

But trans people have always existed, and our lives have always mattered. And though we have and continue to face rampant discrimination, so too have we built beautiful communities and movements of resistance and love.

Through a collaborative video from the ACLU, Transparent producer and artist Zackary Drucker, Emmy-nominated actress Laverne Cox and the creative team of Molly Crabapple and Kim Boekbinder, we are telling the story of trans history and resistance.

In one comprehensive survey of over 27,000 transgender individuals in 2015, almost one in three respondents reported living in poverty, over half reported being denied health care related to their gender transition, one of every four indicated that they did not seek medical attention at all due to fear of discrimination and more than three of every four reported experiencing harassment in school because they were trans, ultimately leading to 17% of respondents dropping out of secondary school altogether.

All of this contributes to a cycle of discrimination and violence that leads to homelessness, incarceration and ultimately, for many — particularly trans women of color — premature death. Indeed, at least 15 trans people, almost all women of color, have been murdered so far this year in the United States. And two of every five American trans people attempt suicide at least once in their life.

Without accurate information about trans people, our lives and our rich histories, the impulse to push us out of public life will continue. But we continue to tell our vivid, vibrant and critical story of trans resistance. Time marches forward, and so do we. —Chase Strangio 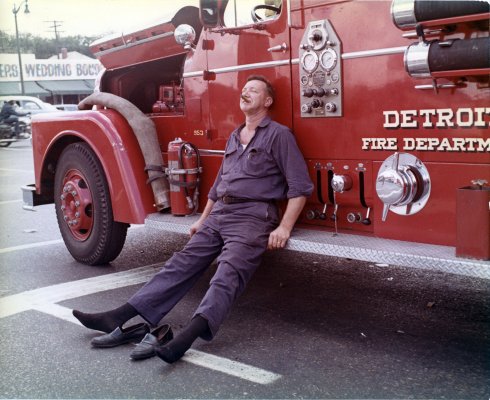 What Detroit Firefighters Saw During the 1967 Riot
Next Up: Editor's Pick