'I Feel Like I was the Baby in the Divorce.' Donald Glover on Star Wars Han Solo Movie Director Switch

“Ron is such a legend, and he knows exactly what the vision for what he is doing is … [but Phil and Chris] hired us, so you sort of feel like, ‘I know I’m not your first choice …’ And you worry about that,” Glover, who plays Lando Calrissian in the Han Solo origin film, told The Hollywood Reporter in its latest cover story. “To be honest, I don’t know exactly what happened. I feel like I was the baby in the divorce, or the youngest child. The oldest child is like, ‘We know what’s happening, but we are keeping you out of it.’ And I’m just like, [Glover’s voice rises several octaves] ‘Was that scene good? How did you feel?’”

Glover is part of an all-star cast for the Han Solo film, which also features Emilia Clarke, Woody Harrelson, and Alden Ehrenreich as Han Solo himself. It was announced in June that Lord and Miller had left the project due to “creative differences,” and the duo was soon replaced by Howard, an Oscar-winner for A Beautiful Mind.

“Ron is great. He’s awesome. He’s such a gentleman and so prepared,” Harrelson told Uproxx after the change. “And I loved Chris and Phil. But I think we did land in very capable hands.” Joked, Harrelson, “Obviously, the Force is with us.”

The untitled Han Solo movie is due out in May of 2018. 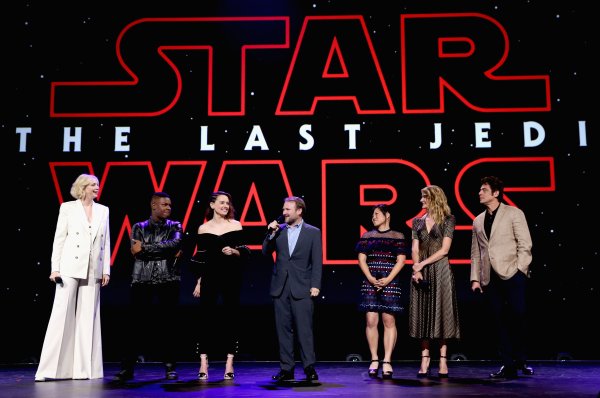 Meet Porgs, the Newest Star Wars Creatures That You're Going to Fall in Love With
Next Up: Editor's Pick