This picture taken on Aug. 9, 2017 and released by North Korea's official Korean Central News Agency (KCNA) on Aug. 10, 2017 shows a rally in support of North Korea's stance against the U.S., on Kim Il-Sung square in Pyongyang.
STR/AFP—Getty Images
By Melissa Chan

North Korea outlined a potential plan to fire four ballistic missiles toward Guam, which would hit the waters around the U.S. territory. The plan is expected to be finalized within about a week, according to the Associated Press. It would then head to North Korean leader Kim Jong Un for approval and further instruction.

FBI agents combed through the home of Paul Manafort, President Donald Trump’s former campaign chairman, as part of an investigation into whether Russia interfered in the 2016 presidential election and whether Trump’s team helped. Manafort cooperated and has previously denied wrongdoing.

Taylor Swift’s mother was emotional as she testified during her famous daughter’s groping trial, saying the singer was “humiliated” and “really shaken” after a former DJ allegedly groped her during a backstage meet-and-greet in 2013. Andrea Swift said she didn’t report the alleged crime to police because the family wanted to keep the incident private, according to the AP. “I did not want to make her relive this moment over and over again,” Andrea Swift said.

U.S. diplomats in Cuba were attacked with a sonic weapon that caused hearing loss.

Violence erupted in Kenya amid allegations of election fraud.

Transgender soldiers are suing Trump over his proposal to ban them from the military.

Anthony Scaramucci will be a guest on The Late Show With Stephen Colbert.

More men are using condoms, according to a new study.

Bruce Springsteen is making his Broadway debut this fall. 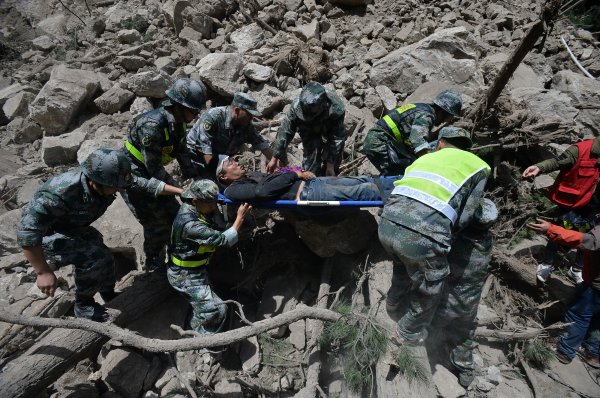 Top Stories: North Korea, Earthquake in China and Disney
Next Up: Editor's Pick