President Trump on Wednesday targeted Republican Senate Majority Leader Mitch McConnell for criticizing his “excessive expectations” when it comes to making progress on his legislative agenda.

“Senator Mitch McConnell said I had ‘excessive expectations,’ but I don’t think so. After 7 years of hearing Repeal & Replace, why not done?” Trump tweeted Tuesday afternoon, referencing the recent failure of Senate Republicans’ bill to repeal the Affordable Care Act.

The tweet came after McConnell spoke at a Rotary Club event in Kentucky on Monday and expressed frustration over “artificial deadlines” set by the Trump Administration.

“Our new president has, of course, not been in this line of work before, and I think had excessive expectations about how quickly things happen in the democratic process,” McConnell said at the event. “So part of the reason I think people feel like we’re underperforming is because too many artificial deadlines—unrelated to the reality of the complexity of legislating—may not have been fully understood.”

The two Republican leaders have publicly disagreed in recent months about how to handle the legislative gridlock that has stalled Trump’s agenda.

Trump has pressed McConnell to change longstanding Senate rules that require 60 votes to end a filibuster, saying Senate Republicans “look like fools” for failing to pass the “skinny” repeal of Obamacare. But McConnell said he would not pursue a rule change.

“There are not the votes in the Senate, as I’ve said repeatedly to the president and to all of you, to change the rules of the Senate,” he said last week. 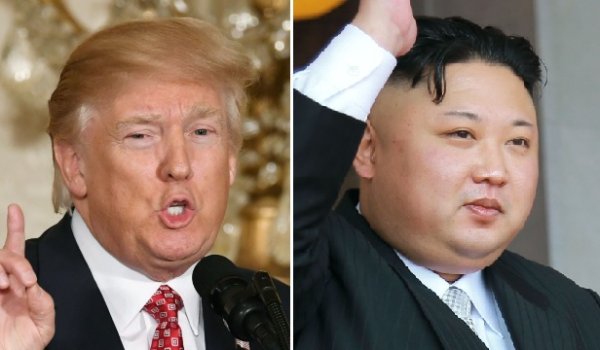 President Trump Boasted He's Made Our Nuclear Weapons Stronger. Here Are the Facts
Next Up: Editor's Pick