Ryan Reynolds knows how to win the hearts of his loyal Deadpool fans. While filming street shots for the upcoming Deadpool 2 — the next installment in his wildly popular irreverent superhero series — a costumed Reynolds took the time to snap photos with a group of law enforcement officers who were helping to keep the roads clear for him and his film crew. But read carefully, and you’ll find he hid a classic Wade Wilson-style joke in his 140 characters.

“Thank you #VPD. And the great people of Vancouver for putting up with road closures and traffic delays as we film Spider-Man downtown,” he wrote on Twitter, sharing a photo of his (unmasked) self alongside a police crew. Reynolds also very cheekily tagged actor Tom Holland, who starred in the latest big-screen reboot of the Spider-Man franchise, in the photo. Deadpool’s stretchy red one-piece costume most closely resembles that of his arachnid-loving fellow superhero, and the two characters have been known to encounter each other across their storylines every so often.

The internet took it from there.

The Vancouver Police Department also got in on the joke, winking at Reynolds’s misnomer in another Twitter shout-out.

Deadpool 2 is expected to be released in 2018. Already, anticipation is rising as shots of characters like Josh Brolin’s Cable and Zazie Beetz’s Domino have been circulating to general praise. 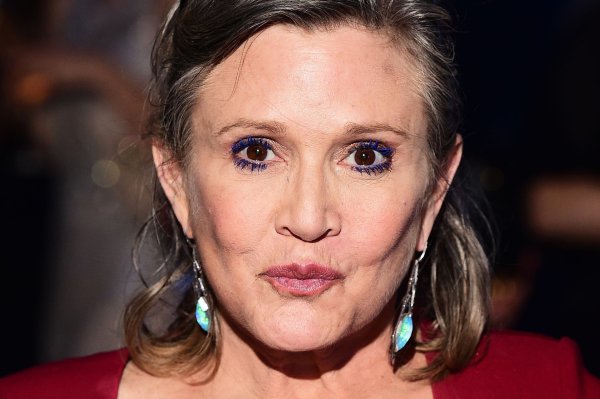 'Carrie Fisher Means Freedom.' Star Wars’ John Boyega Misses Princess Leia As Much As You
Next Up: Editor's Pick