The artistic company behind the world-renowned Rain Room has designed a new installation that brings visitors face-to-face with a swarm of spherical flying machines that interact and respond to the movement around them.

+/- Human, which will run from Aug. 10-28 in London’s Roundhouse, invites visitors to interact with a collection of flying white spheres made of plastic that whizz around the venue. First, visitors stand in the middle of the circular space and wait for white orbs to fly from the balcony towards them. The six spheres are each slightly larger than a beach ball and seem equally as weightless as they buzz through the air, powered by small propellers. At times they seem friendly, perhaps coming close enough to touch, and at others they seem hostile, hurtling off when they are approached.

On Friday and Saturday evenings the installation will host dancers from The Royal Ballet to interact with the orbs. Wayne McGregor, the celebrated choreographer and director who has curated the series, told TIME that he hopes to take it on tour, if he can find the appropriate space.

TIME's correspondent (in the brown jacket) interacts with the spheres at the London Roundhouse on Aug. 9
Rachel Lewis—TIME

The installation is by Random International, the art studio that created Rain Room, in which motion detectors allowed participants in London, New York, Singapore and more to stay dry inside a simulated rainstorm. By contrast, +/- Human is an eerily sci fi-style experience, like finding yourself in a vacuum where the only other inhabitants are autonomous machines. They are mechanical yet anthropomorphic, perhaps like a cross between Pixar’s Wall-E and BB-8 of Star Wars. They might also remind some visitors of the white blob that swallows humans in the 1960s TV series The Prisoner.

The uncannily life-like orbs are guided by motion sensors and algorithms that allow them to react with the visitors and each other. McGregor told TIME that the orbs function like biological algorithms in nature. “They can come towards you, hijack you, almost like a flock or a swarm,” he said.

The list of names connected to the project is impressive. McGregor has been resident choreographer of The Royal Ballet since 2006, and has choreographed everything from the New City Ballet to Radiohead’s video for Lotus Flower. The original music was scored by Warp Records’ Mark Pritchard, and the dancers are from The Royal Ballet.

Marcus Davey, the artistic director at the Roundhouse, said the project was designed to make audiences think about how they react to technology. “We’re living alongside algorithms whether we like it or not,” he said, adding that the “blurring boundaries” of the piece make the guests question “what it is to be human and what it isn’t to be human”. 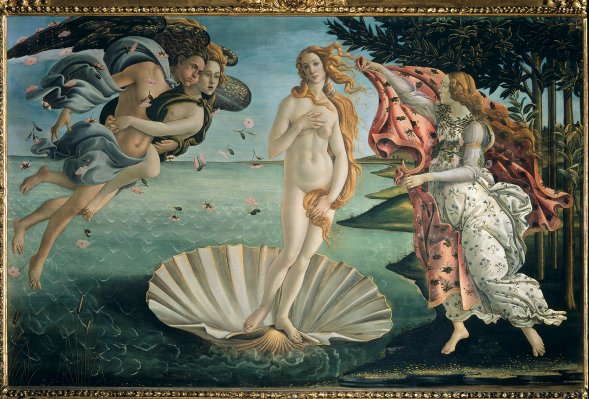