Eclipses Are Happening All the Time. You Just Need to Know Where to Look

By Jeffrey Kluger and Anne Most

Look up at the sky, right now (or at least if “right now” is nighttime) and gaze around for a few seconds. Done? OK. You’ve just seen an eclipse; actually, you’ve probably seen a lot of eclipses.

Most of the time, we think of eclipses as the rare, spectacular phenomenon that is a solar eclipse, like the one that will cross America on Aug. 21— or its paler but still lovely cousin, the lunar eclipse. But in the context of the cosmos, all the term “eclipse” means is one cosmic body moving in front of another, at least partly obscuring it. In our own solar system, the planets are forever eclipsing the sun, depending on your point of view in space, while the moons are forever eclipsing the planets.

The Kepler Space Telescope, which has been in solar orbit since 2009, has discovered thousands of distant planets by looking for what are essentially mini-eclipses — the dimming of light that occurs when the planet passes in front of its parent star. Those eclipses are hardly total; the dimming is the equivalent of removing a single light bulb from a board of ten thousand bulbs — but it can be enough to prove the existence of a world where once we knew of none.

Such distant eclipses don’t make for very pretty pictures — or any, really. But as the video above shows, the ones around our own parent star do. Our solar system has always been an ongoing display of stunning visual arts; the secret is in knowing where to take your seat. 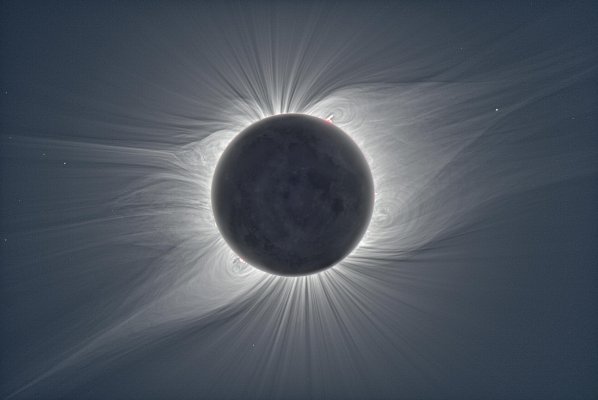 The True Meaning of the Great American Eclipse
Next Up: Editor's Pick