An employee at a day care center in Florida is expected to face charges over the death of a three-year-old boy whose body was found in a van parked behind the center.

Police have not yet determined what caused the death of Myles Hill, but CNN reports that it is believed to have been heat-related. Myles was found dead on the floor in the back of the van outside Orlando’s Little Miracles Academy day care around 6:30 p.m. Monday.

Orlando Chief of Police John Mina said the child is believed to have been left in the van since around 9:00 a.m. that morning, as outside temperatures peaked at about 93 degrees Fahrenheit.

“This was an absolute tragedy that could have been prevented,” Mina said.

The vehicle was reportedly used to ferry children between different day care center locations and to drop them off at their homes. Police said the driver had left the van in the parking lot after dropping off the children and returning to the first location, according to CNN.

The driver later told police that they had not conducted a head count of the children as they were dropped off and were not aware that Myles was still inside. Myles’ grandmother and legal guardian called the center when he was not dropped off again in the afternoon. A sign on the door of Little Miracles Academy said the site is “closed until further notice,” according to News 13 reporter Jerry Hume.

If his death is found to have been heat-related, Hill will be the 32nd child this year to have died in a hot vehicle in the U.S. Florida police said it would be the fifth such death in the state this year. 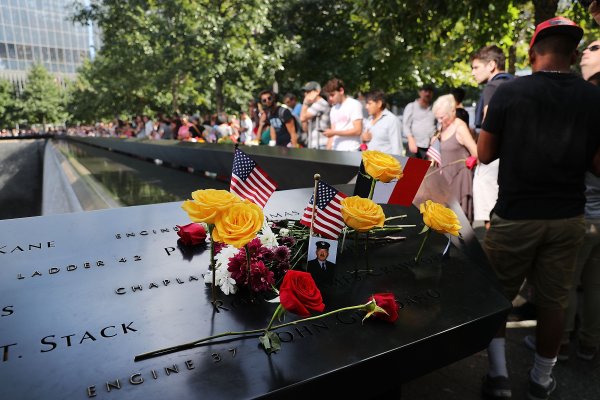 9/11 Victim Identified 16 Years After the Attacks
Next Up: Editor's Pick