Lung cancer is the leading cause of cancer death among men and women, partly because the disease is often diagnosed too late to treat effectively. The American Lung Association wants to change that, by encouraging people who are at high risk of lung cancer to talk to their doctor about a potentially lifesaving screening procedure.

On a website launched this month, people can take a short quiz to determine whether they fall under the recommended guidelines for screening. In general, people are considered at high risk for lung cancer—and should talk to their doctor about getting screened—if they meet all the following criteria:

High-risk patients can be screened with a low-dose computed tomography (CT) scan, which produces sharper and more detailed images than an X-ray. This test can often detect lung cancer before symptoms arise, when it’s most likely to respond to treatment. Survival rates for lung cancer are five times higher when the disease is caught in its early stages.

CT scans are expensive, and they also involve risks—including low doses of radiation and the possibility of false positive results. For these reasons, screening is only recommended for people with the above risk factors for lung cancer. But that’s still about 9 million people, says the American Lung Association, many of whom are not currently taking advantage of the opportunity.

MORE: Even Smoking One Cigarette a Day Can Lead to Early Death

Although lung-cancer screenings for high-risk individuals have been approved by most insurers for several years, fewer than 5% of eligible patients actually get screened, says Dr. David Tom Cooke, a spokesperson for the American Lung Association. One reason is lack of awareness from patients, he says, but studies have also shown that primary care physicians are uninformed about the scan, as well.

This new campaign—called Saved by the Scan—hopes to change that. It includes a website and a public service announcement airing on national television. The TV spot targets former smokers, with the tagline, “You stopped smoking. Now start screening.” It was developed pro bono by the creative agency Hill Holliday, and the campaign is co-sponsored by the Ad Council.

The campaign’s website, SavedByTheScan.org, also includes information about insurance coverage, how to find a screening center, and talking points people can use with their doctors. There are also personal stories about how people were “saved” by an early lung cancer diagnosis, and links to resources to help current smokers quit.

Currently, lung cancer kills 426 people every day, and its five-year survival rate is 17.7%—among the lowest for all types of cancer. The American Lung Association estimates that even if only half of people at high risk were screened, more than 15,000 lives could be saved.

Those numbers are hard to argue with. But Dr. H. Gilbert Welch, professor of medicine at the Dartmouth Institute for Health Policy & Clinical Practice in Lebanon, New Hampshire, says it’s important to remember that getting screened has benefits and risks, and that it should be a personal decision—even for people who are high-risk.

Yes, some people may have lung cancer detected at an earlier and more treatable stage, says Welch, who has published several papers suggesting that screenings for breast and prostate cancer can lead to overdiagnosis. “But others will be harmed in the process,” he adds. “Many will undergo biopsies, some will have complications from those biopsies, some will end up in the ICU.”

A low-dose CT scan also involves radiation. Cooke agrees this is important for doctors to discuss with their patients, but he adds that “the test is carefully calibrated to deliver the lowest amount of radiation possible.” With this calibration, he says, “the benefits of lung cancer screening in this high-risk population far outweigh the risks.”

MORE: You Asked: Should I Use an Air Purifier?

Medicare and Medicaid pay for lung-cancer screenings in high-risk individuals, Welch notes, but they require a “shared decision-making visit” at which patients are informed that screening is a choice, and are counseled about its risks and benefits. He would like to see more of that language incorporated into the online quiz results, and not just language about how “this scan could save you.”

Welch also points out that the American Lung Association is sponsored or supported by a number of pharmaceutical and medical device companies, some of whom may benefit from increased screening rates.

Cooke is hoping more of those patients will choose the former, and that more cancers will be detected early because of it. “From my experience, patients and their families are empowered to drive their own health care outcomes,” he says. “If they are empowered and educated, and they know that there is a screening tool that can help them, they can go to their doctor with this information and get the care they need.” 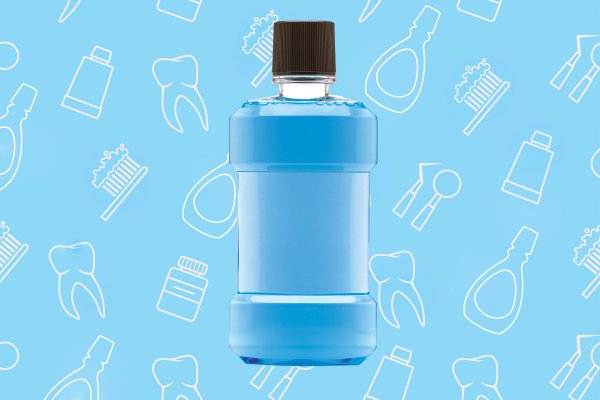 Why Inflammation in Your Mouth May Raise Your Risk of Cancer
Next Up: Editor's Pick