How to Photograph the Solar Eclipse With Your Phone

When the total solar eclipse occurs on Aug. 21, it will mark the first time the rare spectacle will be visible in the contiguous U.S. since 1979. In a shift from 38 years ago, many of the sky watchers this month will want to photograph the solar eclipse on their phone.

It’s not impossible to take a picture of the solar eclipse with a cellphone camera, but you’ll need extra equipment, both to keep your eyes safe and to get the best possible shot. “It’s one of the most challenging things to photograph, even with a good DSLR camera,” says Andrew Symes, an Ottawa, Canada-based astronomy photographer whose work has been published in outlets including The Weather Channel, io9, and All About Space magazine. “It’s challenging because the brightness of the sun is changing as the moon crosses in front of it.”

Still, there are ways to work around those difficulties, says Symes, who has been photographing the sun, moon and planets with his iPhone since 2011. Here are three of his suggestions for how to photograph the solar eclipse with your phone:

Use solar eclipse glasses to protect yourself

When viewing the solar eclipse at any stage other than totality, when the moon fully blocks the sun, it’s important to wear protective solar eclipse glasses to avoid damage to the eye. The eyewear, which blocks nearly all of the sun’s rays, can also be useful for getting a clear photo of the eclipse. Just hold a pair of eclipse glasses over the phone’s camera and then point it at the sun to snap a photo, says Symes, who has used this technique in the past. Without the glasses, the sun will be too bright for the phone’s camera to handle, resulting in an overexposed image. Symes suggests holding the glasses over the lens instead of taping them to the phone so that it’s possible to capture the area surrounding the sun as well. There’s no need to wear a separate pair of solar eclipse glasses while doing this as long as photographers look at the sun only through their phone’s screen while the glasses are being held over the camera. “[The glasses] dim the sun enough so that it doesn’t just look like a small circle,” he says. “You should be able to see the moon take a bite out of the sun.” That being said, the sun will still appear small in the resulting image, as shown in Symes’ photo below, which shows an un-eclipsed sun shot with his iPhone 7.

Use a telescope to take a better picture

Those planning to view the solar eclipse through a telescope can also use it as a tool for capturing more vivid photos of the eclipse. After attaching the phone to the telescope using a universal smartphone adapter, it’s possible to record the celestial occurrence by pointing the mobile device’s camera through the telescope’s eyepiece. This type of adapter should work with any telescope size and model. Simply holding the phone up to the telescope’s eyepiece will also get the job done, but it will be much more difficult to get a great shot without having that extra hand to adjust the exposure. The adapter will also be more efficient at holding the camera steady. With this technique, photographers won’t need to use eclipse glasses, but a proper filter must be attached to the telescope to prevent damage to the user’s eyes. This will result in larger, more detailed photos, as shown in Symes’ image of the sun below, which was taken on an iPhone 6 through a Cornonado PST telescope.

Don’t zoom in on the eclipse

Zooming in on the eclipse will only make the image look grainy and pixelated. Instead, try cropping the image afterwards to make the eclipse look bigger. Symes also suggests using an app like NightCap Camera to brighten photos and capture more detail around the sun.

But Symes’ biggest piece of advice for those photographing the solar eclipse, especially for those who are in the total eclipse’s path, is to stop snapping photos for a moment and admire the scene. “You want to take those three or four rare minutes,” he says. “You want to make sure you haven’t missed the moment because you were fiddling with a camera.” 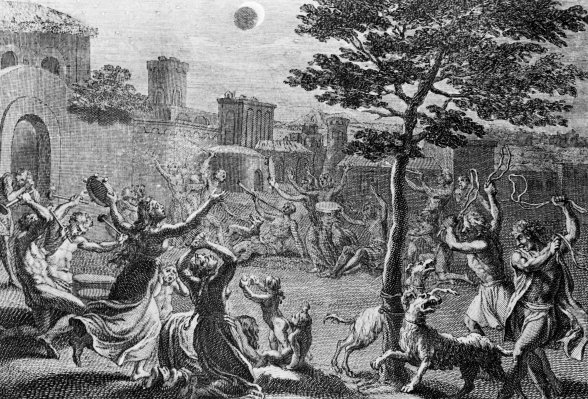 Why People Used to Be Afraid of Solar Eclipses
Next Up: Editor's Pick