You Asked: How Many Calories Does Sex Burn?

Of all the ways a person could sweat, a roll in the hay is one of the most fun. But does sex actually burn a good number of calories?

Not as many as you think—but you can up your burn by doing it a certain way.

One study found that sex burned more than 100 calories, at least for men. A team from the University of Montreal compared the calorie expenditure of running to that of sex and found that—no surprise—running far outpaced the latter. Women burned an average of 213 calories during 30 minutes of light running, while men burned 276. Sex, on the other hand, demanded 101 calories from men and just 69 from women, burning an average of 3.6 calories per minute.

Why was sex a better workout for the guys? “Men weigh more than women, and because of this, the energy expenditure will be higher in men for the same exercise performed,” says study author Antony Karelis, a professor of human kinetics at the University of Montreal. Men may also be more physically active during sex, he says.

Even though sex is not the world’s best workout, it would still be nice if you could count on scorching 70 to 100 calories whenever you and your partner hopped in the sack. But you can’t always depend on it.

MORE: Here’s How Much Sex You Should Have Every Week

Sex sessions in that study typically lasted 25 minutes including foreplay, which is far longer than average. One study in the New England Journal of Medicine found that the average bout of sex lasts just six minutes (although that number did not include foreplay).

The bedmates in the study, who were 23 years old on average, may also have been having more vigorous sex than the typical person. A study in American Journal of Cardiology found that the pre-orgasmic stage of sex—which, let’s face it, is most of it—requires barely more energy than you’d get walking. Especially among older couples in long-term relationships, sex is unlikely to crank your heart rate or energy output.

However, you can hack your sex life. The number of calories burned during sex varies widely from one session to another, Karelis says, so if you’re sweating and breathing hard at the end of it, you’ve probably burned more. Positions also matter: Research suggests that being on top requires more energy than being on the bottom.

Though we’re not suggesting it, sex with a forbidden mate may also increase your calorie burn. One study in the European Heart Journal found that 75% of sudden deaths from a heart attack during sex involved an extramarital partner. Exciting sex seems to crank your heart rate more than a run-of-the-mill romp, and so may provide a better workout.

But even if your sex life doesn’t burn a ton of calories, it’s still great for you. Regular sex is linked with lower rates of some cancers, as well as improved mental health and mood. Because it sends relaxing, feel-good chemicals through your system, sex also promotes sleep.

Those should be all the reasons you need to get it on more often. You can always go for a run afterwards. 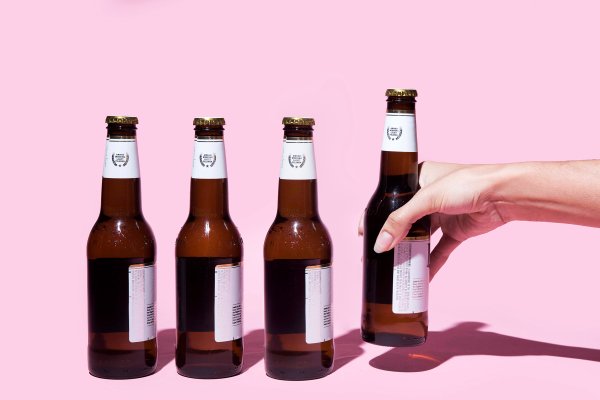 Why Americans—Especially Women—Are Drinking More Alcohol
Next Up: Editor's Pick