Game of Thrones is known for its epic battles, over-the-top settings, terrifying CGI pets — and for having the budget to make it all look amazing. So it’s more than a little surprising that one consistent element in the HBO epic is a seriously affordable buy.

During a speaking engagement about Medieval dress at Los Angeles’s Getty Museum in 2016, costume designer Michele Clapton revealed that the furs donned by many members of the Night’s Watch started out as shearling rugs from your favorite big blue box store.

People.com: How to Go on a Game of Thrones Vacation for Less Than $100

“These capes are actually IKEA rugs,” she says with a laugh. “Bit of a trick. We take anything we can.”

She goes on to detail the process (around 27:30 in the video above): “We cut and we shaved them and added strong leather straps, and then breakdown, which is like a religion on Game of Thrones,” she says. “I want the audience to almost smell the costumes. Here they were waxed and frosted so they belonged to the landscape.” In this case, it was the freezing North and the unforgiving lands beyond the Wall.

IKEA’s RENS, which retails for $29.95, is one of the store’s perennial favorites, but if we had to guess, it’s the TEJN ($14.99), which has a longer pile and messier texture, that keeps the Night’s Watch as warm as can be expected when you spend your days patrolling a 700-foot ice wall.

People.com: Forget the King’s Road, these Game of Thrones Tours Take You to Dragonstone, Highgarden and More Season 7 Spots

Aside from their rugged outerwear, Clapton, who worked on the show’s first five seasons, took every detail into consideration when dressing the soldiers who guard the realms of men, even down to how they get their black outfits black.

“We loved the idea of a huge cauldron in the Castle Black courtyard with donated clothes being tossed in,” she explains. “And as the dye runs thin before more pigment is added, it will naturally create a variation in shade.” It’s a practical solution for the underfunded venture. “It makes it more real and we understand the process,” says Clapton.

With many of the show’s main characters likely heading toward the wall in the current seventh season, it may be time for IKEA Mole’s Town to open shop. 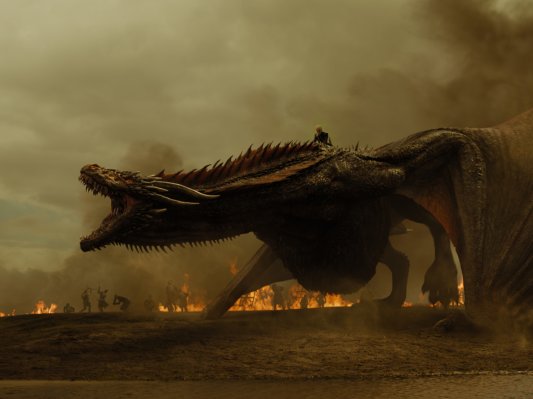 Two Game of Thrones Theories Point Toward an Important Meeting for Jon Snow
Next Up: Editor's Pick