President Trump’s war against leakers may not apply to Fox News. Trump retweeted a Fox story about U.S. intelligence on North Korea Tuesday morning sourced to anonymous officials discussing classified information. Minutes later, U.S. Ambassador to the United Nations Nikki Haley said she couldn’t talk about the disclosure because it was classified and condemned the leakers. While presidents have broad authority to declassify information, it was nonetheless striking given the current White House-cheered anti-leak probe initiated by the Justice Department.

As Trump weighs the U.S. options for Afghanistan, a plan to use private contractors in place of U.S. forces is getting a second look. Trump’s quiet deregulation push. And the military gets the authority to shoot down drones over U.S. bases.

In Afghan Policy Debate, Trump Struggles With Himself
The president who hates losing fears he is stuck with a losing proposition [Wall Street Journal]

“It’s incredibly dangerous when things get out into the press like that.” — U.S. Ambassador to the U.N. Nikki Haley on a Fox story about classified surveillance of North Korea. President Donald Trump tweeted out the story moments earlier

“The Fake News Media will not talk about the importance of the United Nations Security Council’s 15-0 vote in favor of sanctions on N. Korea!” — President Donald Trump in a Monday tweet

The curious case of ‘Nicole Mincey,’ the Trump fan who may actually be a bot [Washington Post] 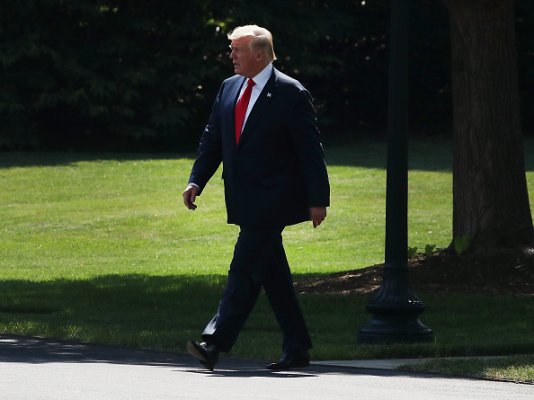 What Trump Has Achieved Since His First 100 Days
Next Up: Editor's Pick