Word of the week is #SisterCourage.

As in be a sister. Have the courage to raise the issues that need to be tackled even if they are hard. Put sister and courage together with a strategic plan and act on it and you can create a movement that will change the world.

My Power Tool #7 is in fact “Create a movement.” But my love of movement building is not what prompted my decision to choose #SisterCourage as my word of the week.

What sent me off into the stratospheric level of aggravation that made me want to scream out that hashtagged #SisterCourage concept was this article in The Atlantic entitled “Why Do Women Bully Each Other at Work?”

I mean, really now, start with the implied assumption that we all agree women do in fact bully each other at work, or at least that women bully other women more than men bully women. In reality, humans in power in general bully other humans who have less power — and that means women are considerably less likely to bully either women or men. In fact, according to the Workplace Bullying Institute which studies the phenomenon regularly, 69% of bullies are men compared to 31% of women, and approximately 60% of men’s targets are women. An inordinate percentage of bullying takes aim at women’s bodies.

Not surprisingly, those who are bullied may well bully others given the chance, since that is culturally sanctioned behavior they have learned in a male-dominated workplace culture. Thus it is not an eye-opener that those women who do bully choose other, lower status women as their targets 68% of the time, still not resulting in nearly as many bullied women as those bullied by men.

Nevertheless, the trope continues despite data that should be sufficient to overcome these predictable anecdotes hurled at me every time I make a speech about the value of women’s leadership: “Women are their own worst enemies.” “Women are harder on other women than they are on men.” “I would rather work for a male boss because I was once treated badly by a women boss.”

Several theories were advanced by the Atlantic article about why women bully other women: that evolutionary pressures put women in competition with each other for mates most likely to provide for them and enable them to reproduce; that when opportunities for advancement seem scarce, women turn on each other, believing their safety is in siding with the men and male-like behavior; that they become “queen bees” who hold all the power to themselves, again coming from scarcity mentality; that women who have made it in the man’s world inherently are mean girls who want other women to have to suffer equally.

To be fair, the article did acknowledge the double edged sword women face at work:

“Complicating all of this is that, well, bitchiness is in the eye of the beholder, and the term queen bee sometimes gets flung at women who are just trying to do their job. You could call it managing while female: Many studies have shown that people — men and women alike — can’t tolerate so much as a hint of toughness coming from a woman, even when she’s in charge.”

Yes, well, in and of itself, that Catch-22 could make a woman just a bit testy. More importantly, as the McKinsey/LeanIn study “Women in the Workplace” found, such stark implicit bias has equally stark consequences in lower promotion rates for women and people of color.

But consider: studies of management decision making groups have found that where there are more women, there are better behavior, better decisions and less corruption, and that companies with more women in leadership roles perform better overall. Those results are wholly inconsistent with toxic workplace cultures where employees fear being bullied, and should be motivation to change it.

#SisterCourage applies those three movement building principles to making positive change in the workplace. Here they are again in more detail:

2. Have courage to talk about the workplace problems that need to be addressed; this can be done in professional and appropriately assertive ways by marshalling facts and offering proposals. Passive aggression gets you nowhere.

3. Join sister and courage together with a strategic plan for leading to the change you want, then execute on it. And don’t lose track of the fact that making change is never about you alone. What you do today sets the path for the next women coming along tomorrow.

This is how to make the workplace more conducive to productivity and humanity. This is how to lessen the probability that anyone, male or female, will become either the perpetrator or the recipient of bullying.

Help me spread that #SisterCourage hashtag around, OK? 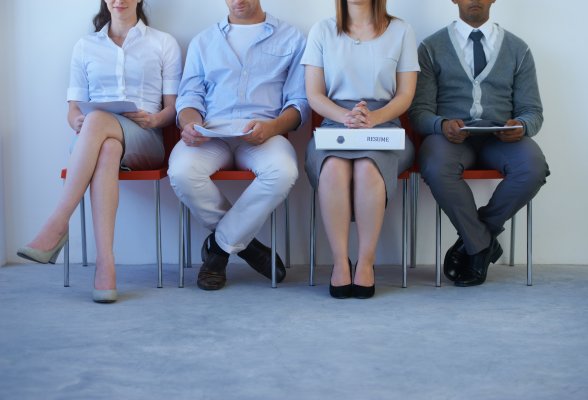 3 Specific Questions to Ask During A Job Search to Make a Good Impression
Next Up: Editor's Pick