Your Pet's Food Is Not Helping the Environment

Meat production has a significant impact on the Earth’s environment — and new research shows that your pets are part of the problem.

According to the research by Gregory Okin, a professor at the University of California, Los Angeles, feeding the more than 163 million dogs and cats in the U.S. results in up to 30% of the total environmental impact of meat consumption. Pet food consumption is responsible for the release of up to 64 million tons of carbon dioxide each year, according to the research. Okin said that if all the dogs and cats created their own country, that nation would take fifth place in global meat consumption.

Okin researched dog and cat populations, average animal weights and the ingredients listed in popular pet food brands to calculate that pets in the United States eat about 19% of the calories that humans consume. Taking into consideration that pet diets have higher amounts of protein than human ones, Okin determined that pets eat about 25% of all animal-derived calories in the U.S.

“Americans are the largest pet owners in the world, but the tradition of pet ownership in the U.S. has considerable costs,” Okin wrote in the study, which was published last week in PLOS One.

To reduce the heavy impact of animal diets on the environment, Okin suggests reducing rates of cat and dog ownership and increasing ways to find new sources of protein. 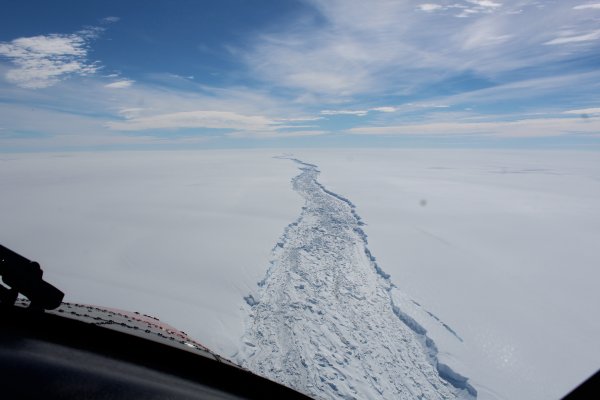 The Enormous Ice Sheet That Broke Off of Antarctica Won’t Be the Last to Go
Next Up: Editor's Pick