Simone Askew, a Virginia West Point cadet, has become the first black woman to ever be appointed to serve as First Captain, the highest leadership position at the prestigious military school.

Hailing from Fairfax, Va, Askew will lead the program’s more than 4,000 cadets, acting as an intermediary between her classmates and the school’s officials. Plus, she has already had solid practice as a cadet leader: she is currently in charge of leading 1,502 cadets as the Regimental Commander of Cadet Basic Training II at the New York military prep school.

“Simone truly exemplifies our values of Duty, Honor, Country. Her selection is a direct result of her hard work, dedication and commitment to the Corps over the last three years,” said Brig. Gen. Steven W. Gilland, commandant of cadets. “I know Simone and the rest of our incredibly talented leaders within the Class of 2018 will provide exceptional leadership to the Corps of Cadets in the upcoming academic year.”

She will take on her new role starting next week.

Askew’s resume is stacked: She is a member of the Army West Point Crew team, a graduate of Air Assault School, a member of the Phi Alpha Theta Honorary National History Society, a recipient of the Black Engineer of the Year Award for Military Leadership, and holds the highest female Recondo score during Combat Field Training II for the class of 2018.

“It’s a great step for not only women, but African-American women, because it shows that no matter what your sex, or your race, you can really do anything,” her sister, Nina Askew, told NBC Washington. “There’s nothing that can hold you back.” 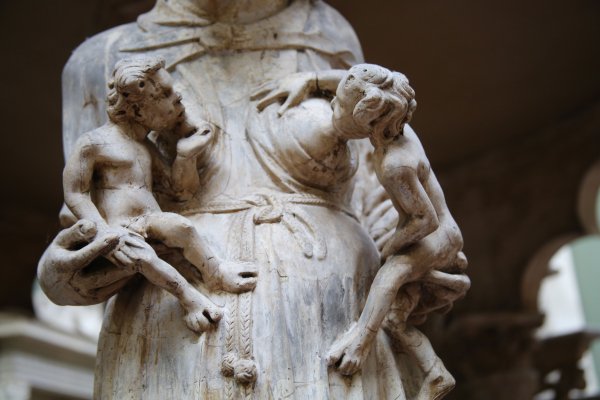 Mom Told to Cover Up While Breastfeeding at a Museum Filled With Nude (and Breastfeeding) Statues
Next Up: Editor's Pick