Taylor Swift Is Expected to Testify in a Groping Case

Taylor Swift seen on the streets of Manhattan on September 7, 2016 in New York City.
James Devaney—GC Images
By Maya Rhodan

Taylor Swift could appear in federal court in Denver Monday as jury selection begins in a case against a radio disc jockey the pop star alleges groped her in 2013.

Swift, 27, says David Mueller, 55, put his hand under her dress and grabbed her during a 2013 meet-and-greet photoshoot ahead of a Denver performance. The 1989 artist will testify abut the alleged bottom-grab in the trial, Reuters reports. In a deposition, Swift said of the incident: “It was not an accident, it was completely intentional, and I have never been so sure of anything in my life.”

Mueller, who went by Jackson on-air, has said that Swift’s allegations are false and resulted in his being fired. He called Swift’s claims “nonsense,” adding that his girlfriend, Swift’s security team, and photographers were all around. Mueller actually sued Swift first, claiming she interfered with contractual obligations and prospective business relations, according to Reuters.

The Associated Press reports that Mueller insisted that the police be called after he was confronted by Swift’s security detail about the alleged grope. Instead, he and his girlfriend were removed from the arena and his boss was contacted by a member of her team.

After Mueller sued, Swift counter-sued with claims that he assaulted her. 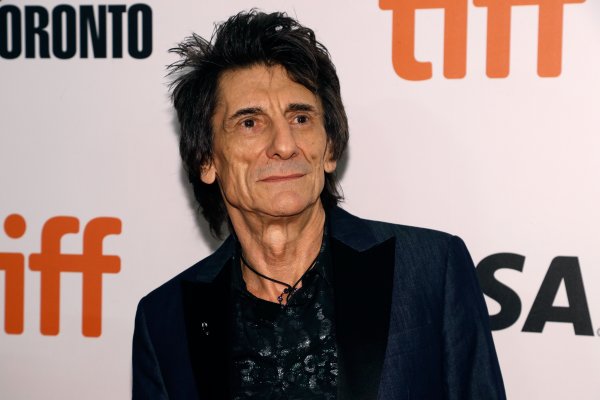 'It Could Have Been Curtains.' Rolling Stone's Ronnie Wood Reveals Cancer Diagnosis
Next Up: Editor's Pick