The Trump administration began the formal process to withdraw from the Paris climate accord, but says it’s willing to “re-engage” if terms more favorable to the U.S. are met.

The State Department said it notified the United Nations that the U.S. will pull out of the global agreement as soon as it can under the terms of the 2015 accord, but President Donald Trump would agree to remain in the deal was reconfigured to be better for U.S. interests.

“As the President indicated in his June 1 announcement and subsequently, he is open to re-engaging in the Paris Agreement if the U.S. can identify terms that are more favorable to the United States, its businesses, its workers, its people, and its taxpayers,” the State Department said.

The U.S. will continue to participate in international climate negotiations, including the upcoming UN meeting on climate change “to protect U.S. interests and ensure all future policy options remain open to the administration.”

The filing by the State Department kicks off a withdrawal process that will take years to unfold and is largely symbolic. Under terms of the deal, the earliest the U.S. can formally remove itself from the accord is in November 2020 — just after the next presidential election.

The Secretary General welcomes any effort to reengage in the Paris agreement by the United States, said Stéphane Dujarric, spokesman for UN Secretary-General António Guterres.

Trump announced in June that the U.S. would leave the Paris climate pact, saying it favors other nations at the expense of American workers, but remained open to seeking a better deal. That stance drew umbrage from world leaders, including those from France, Germany and Italy who have called the agreement “irreversible.”

“We firmly believe that the Paris Agreement cannot be renegotiated, since it is a vital instrument for our planet, societies and economies,” they said in a statement then.

Observers said they doubted the administration truly intended to renegotiate the climate deal.

“This reckless move by President Trump demonstrates that he has no real intent to ‘renegotiate’ the Paris climate agreement, and would rather walk back from our international climate commitments altogether,” Oxfam America’s Climate and Energy Director Heather Coleman said in a statement. 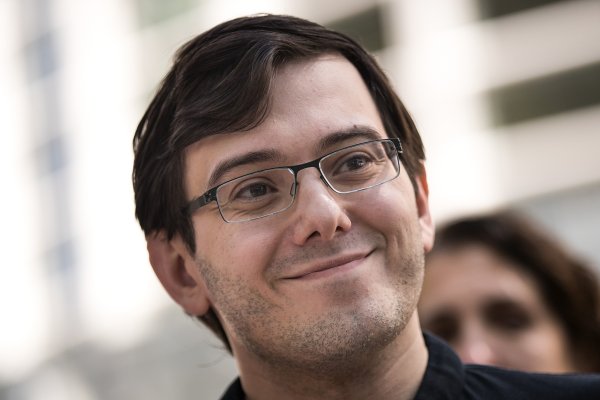 'I Think I Can Get Probation.' Martin Shkreli Unshaken After Fraud Conviction
Next Up: Editor's Pick