This Is the New Most-Watched YouTube Video of All Time

“Despacito” does it again. This time, the Spanish-language song from Luis Fonsi, featuring reggaeton king Daddy Yankee, has finally taken the crown as the most-watched video on YouTube. (Last month, it nabbed the title as most-streamed song of all time, with more than 4.6 billion streams on combined platforms.) On Friday, “Despacito” beat out Wiz Khalifa and Charlie Puth’s Fast and Furious anthem “See You Again” for the top spot with nearly 3 billion views; at its current rate, it should reach that new milestone shortly. “See You Again” had a brief reign, having taken over from the long-time favorite “Gangnam Style” just last month.

In a video message sent to TIME, Daddy Yankee honored the record-breaking success of the inescapable track on the video platform.

“Thank you YouTube for ‘Despacito”s success. I recognize the influence that the platform has,” he said. “The music industry has changed. The rules of music have changed. And YouTube has a big responsibility, and I recognize it. Breaking a record is overwhelming, and I’m happy to keep inspiring others to do the same,” he added, speaking from Puerto Rico.

While some Americans may be more familiar with the Justin Bieber remix of the track, the original still reigns supreme in streaming and on YouTube. The music video was first posted to the platform in January 2017, and has enjoyed steady popularity ever since. The steamy, dance-filled music video takes place in Puerto Rico, the original home of both Luis Fonsi and Daddy Yankee. The song, meanwhile, is now in its twelfth week at the top of Billboard’s Hot 100 chart.

This also adds to Daddy Yankee’s own records as an artist. He currently ranks as the most-listened artist globally on Spotify, having recently surpassed Ed Sheeran. 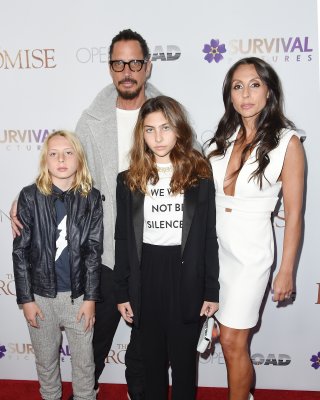 Watch Chris Cornell's 12-Year-Old Daughter Sing a Moving Tribute to Her Father
Next Up: Editor's Pick