California Senator Dianne Feinstein waits to speak to the media after a closed meeting of the Senate Intelligence Committee on Capitol Hill in Washington on April 3, 2014
Brendan Smialowski—AFP/Getty Images
By Alex Rogers

A Senate panel voted Thursday to declassify key aspects of a controversial report on the CIA’s interrogation program during the George W. Bush Administration.

The Senate Intelligence Committee’s report was written by its Democratic staff, and reportedly concludes that the CIA inflated the effectiveness of “enhanced” interrogation and detention practices, misleading the Justice Department, Congress and the public.

The panel voted to make public the 480-page executive summary and 20 findings and conclusions of the five-year study, which involved more than 100 detainees, according to committee chairwoman Dianne Feinstein. The panel voted 11 to 3 in favor of declassification, as Republican Senators Marco Rubio of Florida, Dan Coats of Indiana and James Risch of Idaho voted nay. The top Republican on the committee, Saxby Chambliss, and his Republican colleagues Richard Burr of North Carolina and Maine’s Susan Collins voted to declassify the report, while Republican Oklahoma Senator Tom Coburn voted present because he was not a member of the committee when it voted to conduct the report.

“The report exposes brutality that stands in stark contrast to our values as a nation,” said Feinstein after the committee met for about 10 minutes to vote. “The report also points to major problems with the CIA’s management of this program, and its interactions with the White House, other parts of the Executive Branch and Congress.”

But it could be weeks before the declassified sections are made available to the public. Feinstein hoped the declassification process could be completed in as “early as 30 days,” but conceded that “may be wishful thinking.” She also expressed hope that the CIA would not drag its feet in opposition to the White House and pushed for as few redactions as possible.

Chambliss was among those who voted with Feinstein, but he disagreed on the purpose and outcome of the report.

“We need to get this behind us,” he said. “I was never in favor of this report being done; I think it was a waste of time. We already had a report done by the Armed Services Committee on this issue.”

“As we point specifically in the minority report, there was information that was gleaned from this program which led not only to the take down of [Osama] bin Laden, but to the interruption and disruption of other terrorist plots over a period of years,” Chambliss said.

Civil rights groups celebrated the announcement as proof that the decision to embrace torture — including waterboarding, sleep deprivation and stress positions — was neither effective in its purpose gaining intelligence nor moral. The American Civil Liberties Union and the Constitution Project pushed President Obama to take the lead to decide what gets redacted instead of the CIA. “The CIA should not be handed a black-out pen to hide its use of torture or the lies it told to keep the torture program going,” wrote Christopher Anders, senior legislative counsel for the ACLU, in a public statement.

The report has become a bone of contention between the CIA and Senate investigators, which erupted into recriminations last month when Feinstein accused the agency of spying on Senate computers used in the investigation. The CIA, in turn, said investigators illegally accessed internal documents.

“It is now abundantly clear that in an effort to prevent further terrorist attacks after 9/11, and bring those responsible to justice, the CIA did make some serious mistakes and that they haunt us to this day,” said Feinstein. “We are acknowledging those mistakes, and we have a continuing responsibility to make sure that nothing like this ever happens again.” 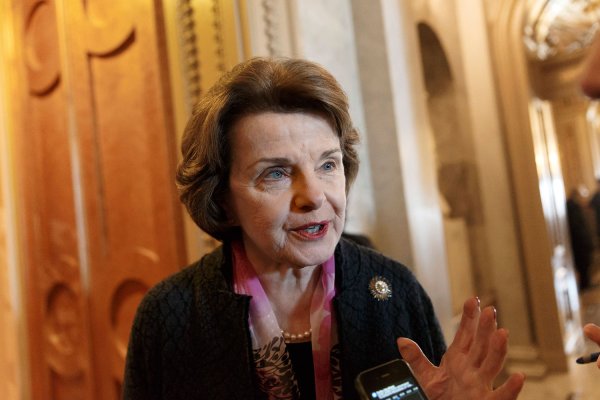