How to Photograph the 2017 Solar Eclipse

Americans will look skyward on Aug. 21 to witness a total solar eclipse that will cross the U.S. from coast to coast — and many will aim to photograph the eclipse to preserve the rare celestial phenomenon. During the total eclipse, the moon will block out the sun, momentarily engulfing parts of 14 states in darkness. Those who do not see a total solar eclipse will still see a partial eclipse, in which the moon blocks some of the sun’s light. Either occurrence presents a dramatic opportunity for sky gazers to capture the eclipse through photography.

But photographing the solar eclipse comes with challenges, including potential damage to the eyes and camera equipment from the sun’s rays. It can also be difficult to photograph the eclipse because it doesn’t last very long, the sun appears to be moving constantly and the shot requires specific exposure settings.

We spoke with Ken Sklute, a Canon representative with a 43-year photography career, about the gear you need to photograph the solar eclipse and the steps photographers should follow to stay safe:

What type of camera and lens should you use to photograph the eclipse?

Sklute recommends three Canon models at different price points and skill levels, as shown in the video above. The Powershot Sx60 is a beginner level point-and-shoot bundled with a solar filter that can be purchased for $499.99. For the next step up, Sklute suggests the Rebel T7i (camera body only) for $749.99. On the more professional side, you can buy the 5D Mark IV (camera body only) for $3,299.

Once you have your camera, the next step is choosing a lens. You’ll want at least a 300 mm focal length to get a good-sized image of the sun in the frame, Sklute says. Focal length refers to the distance between a camera’s sensor and its lens. The longer the lens’s focal length, the larger the sun will be in the final image. Those who are hesitant about investing in an expensive lens may want to rent one instead.

How can you protect your camera from the sun?

Anyone who is photographing the eclipse — or just looking at it — should wear protective eclipse glasses, which filter out most of the sun’s rays. In addition, photographers should cover any sun-pointed lens with a certified solar filter, which blocks harmful sunlight from damaging your camera or your vision. A filter is certified if it meets protective standards set by the International Organization for Standardization. The American Astronomical Society has provided a list of reputable manufacturers of solar filters that are selling filters online, ranging from $19.95 to more than $200 apiece. The filter should be removed only during the totality phase of the eclipse, in which the moon is directly between the Earth and the sun and blocks its light.

What exposure settings should you use to shoot the eclipse?

Your aperture, ISO and shutter speed will depend upon the capabilities of your camera, lens and filter, and Sklute suggests testing out different exposure settings — under different cloud cover situations — prior to the big event. “You can photograph the sun today, and it’s gonna be the same sun on August 21. It’ll be the same exposure.”

Sklute plans to bracket his shots throughout the totality phase of the eclipse, meaning that he will use a number of different exposures. Each combination of exposure settings will capture different layers of light from the sun. After shooting the eclipse, he’ll use photo-editing software to stack the various images with their respective exposures on top of one another in order to produce a richer photo of the solar eclipse.

How much time do you have to photograph a total solar eclipse?

The length of totality will vary depending upon your location. At most, it will last for 2 minutes and 40 seconds. With such a short amount of time to photograph totality, preparation is key. In order to prevent gravity from pulling your lens down during the shoot, a common problem known as lens creep, Sklute suggests bringing some tape to secure the extending part of the lens in place. You are most susceptible to lens creep when you are shooting something overhead.

He also suggests that photographers make sure their tripods are correctly adjusted and that batteries are swapped out just prior to totality.

What other special gear will you need to shoot the eclipse?

In addition to a certified solar filter and the correct lens, Sklute also recommends bringing extra camera supplies, like memory cards and batteries, as well as items to make sure you’re comfortable while waiting, such as a cooler, chair and tent.

Can you photograph the eclipse with a smartphone?

Sklute says a “real” camera, such as one of the digital models mentioned above, not a smartphone, is the way to go for this type of shoot. “The smartphones have very small lenses,” he says. “There’s no way to put a filter in front of it. This is one of the things that you should be investing in at this point with it being such a unique event.”

Watch the video above to learn all of Sklute’s advice for producing the highest quality photos of the total solar eclipse. 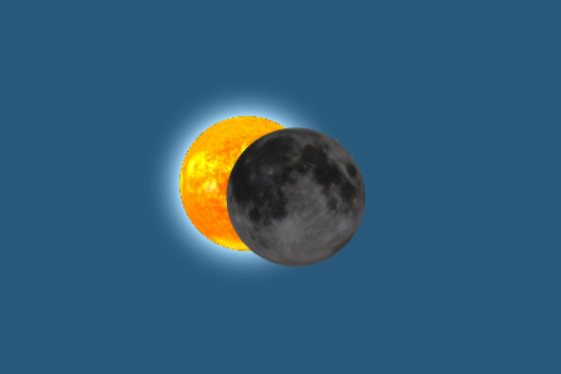 See How the Solar Eclipse Will Look From Anywhere in the U.S.
Next Up: Editor's Pick