Kicking back and relaxing with some tunes is probably the last thing on anyone’s mind in the world of Game of Thrones. But if Sansa Stark had time to explore her taste in music, Sophie Turner seems certain she’d be a Beyoncé fan.

During an interview with Mashable at the HBO drama’s season seven premiere, the 21-year-old actor was asked about who would be on her character’s iPod. “I think some Beyoncé for sure,” she replied. “Like, ‘Run the World (Girls).'”

She then threw in a good option for Sansa’s more emotional moments, adding, “And I think some Coldplay because she goes through some dark times, so she just wants to cry a bit.”

Other Thrones stars, including Isaac Hempstead Wright (Bran Stark), Jacob Anderson (Grey Worm) and Aidan Gillen (Petyr “Littlefinger” Baelish), also took some time out of the big night to weigh in on their characters’ musical preferences.

“The Spoils of War,” the fourth episode of Game of Thrones‘ seventh season, airs Aug. 6 at 9 p.m. on HBO. 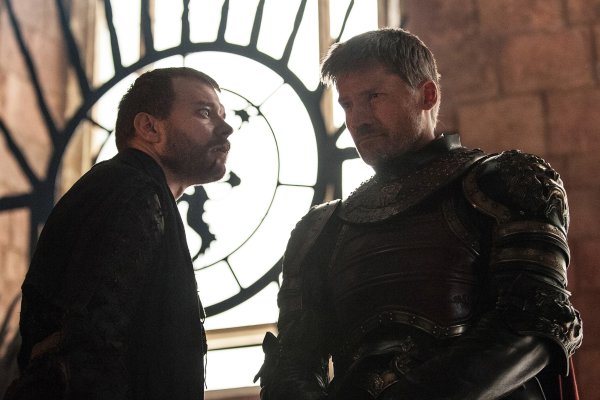 Game of Thrones Fans Are Loving This Awkward Photo of Jaime Lannister and Euron Greyjoy Hanging Out
Next Up: Editor's Pick