Find Out If President Trump Would Let You Immigrate to America

The Republican-backed proposal, which would significantly reduce the number of people allowed to legally immigrate to America, would weigh each person’s age, education, English ability, job offer salary, investments and even whether the person has an Olympic medal. The Reforming American Immigration for Strong Employment Act, or RAISE Act, favors people between the ages of 26 and 30 with a doctorate, high English proficiency and a job offer with a high salary. Applicants would need at least 30 points to be eligible to apply for a visa under the proposal, and the fastest way to get there is to have received a Nobel Prize or comparable international award, which gives applicants a head start of 25 points. Applicants with the highest number of points would go to the front of the line to receive visas.

The bill, introduced by Republican Senators David Perdue and Tom Cotton, has failed to gain traction beyond the President’s endorsement and is unlikely to pass Congress. But if Trump had his way and it became law, here’s how you would fare if you were trying to immigrate to the U.S. under the restrictions:

For greater clarity, some answers are simplified from what appears in the bill. For example, the legislation proposes an English test, with points allotted based on the applicant’s performance. We instead created categories ranking English ability. The question about job salaries took the bill’s original language regarding “150% of median income” and calculated actual salaries based on the U.S. median household income of $51,939 in 2014. The full text of the bill can be found here. 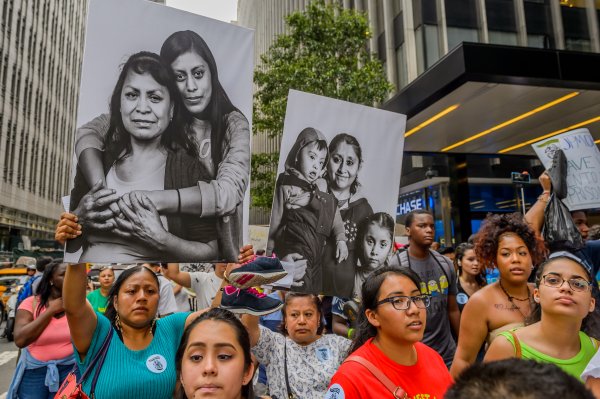 How Donald Trump's New Immigration Plan Could Harm the American Workforce
Next Up: Editor's Pick