On The Late Show on Thursday, Stephen Colbert had a few questions about the varying accounts about President Donald Trump’s phone call with Mexican President Enrique Peña Nieto. “Who do you believe?” Colbert asked. “The guy who denied it or the guy who was lying?” Now, the Washington Post obtained and released full transcripts of the phone calls with Mexico and Australia, or as Colbert jokingly suggested, the countries Trump refers to as “bad hombrestan” and “koala lumpur.”

Colbert went on to say that he did not think the transcripts should have been leaked, because the president needs to be able to speak frankly with other world leaders. “Bad leaker,” said Colbert. “You shouldn’t have done it, but you did, so let’s just keep going.”

He then launched into a one-man show of some of the highlights of the phone call transcripts with Colbert playing all the parts and doing all the accents.

In the bit, he re-enacted Trump’s phone call with Mexican President Peña Nieto, Australian Prime Minister Turnbull, and discussed Trump’s description of New Hampshire as a “drug-infested den.” Colbert reminded the president that he can’t play favorites among the states.

“You have to love all the states equally, even if one of them is Eric,” said Colbert.

He also couldn’t help but mention Trump’s “local milk people” comment which has already been turned into a meme by the internet. 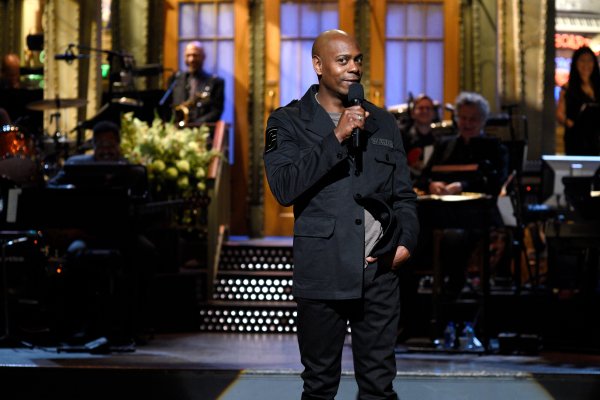 Dave Chappelle Shares His Second Thoughts About His SNL Monologue Pledge to 'Give Trump a Chance'
Next Up: Editor's Pick