President Trump dismissed claims about Russian aid for his campaign as “total fabrication” Thursday, hours after news broke that a grand jury has been impaneled in the broadening investigation.

Speaking at a campaign rally in the heart of Appalachia, Trump rallied his blue-collar base against Democrats alleging collusion and fired a warning shot against investigators.

“The Russia story is a total fabrication,” Trump said. “It’s just an excuse for the greatest loss in the history of American politics.”

“There were no Russians in our campaign—there never were,” Trump declared. Yet the Mueller probe has expanded in recent months to include a meeting taken by Donald Trump, Jr., and attended briefly by Jared Kushner, in which a Russian lawyer promised information obtained from the Russian government that would ostensibly hurt Clinton.

Special Counsel Robert Mueller has reportedly empaneled a grand jury in the investigation, and his probe has grown in scope to also include Trump’s business activities.

“What the prosecutor should be looking at are Hillary Clinton’s 30,000 deleted emails,” Trump said, as the crowd echoed campaign cheers of “lock her up” nine months after Election Day. “Let them look at the uranium she sold that is now in the hands of very angry Russians,” he added, misconstruing an approval she gave at State Department.

“I just hope the final determination is a truly honest one,” Trump added.

Before Trump spoke, daughter-in-law Lara Trump dismissed media coverage of the Russia investigation. “It’s so crazy, you have no idea,” the emerging campaign surrogate said.

At the rally, Trump introduced West Virginia Gov. Jim Justice, who announced he is switching his party registration from Democrat to Republican. “Have we not heard enough about the Russians?” he asked rhetorically.

As Trump took back the microphone, he blamed Democrats for focusing on the Russia probe. “The reason why Democrats only talk about the totally made up Russia story is because they have no message, no agenda, and no vision,” Trump taunted. “It just makes them feel better when they have nothing else to talk about.”

Addressing the crowd of cheering supporters, Trump mocked the notion that Russians would have been involved in his campaign, while highlighting his connection with his largely white, working class, political base.

“Have you seen any Russians in West Virginia or Ohio,” Trump polled the crowd, facetiously. “Are there any Russians here tonight?”

“They can’t beat us at the voting booth,” Trump said, “so they are trying to cheat you out of the future that you want.” 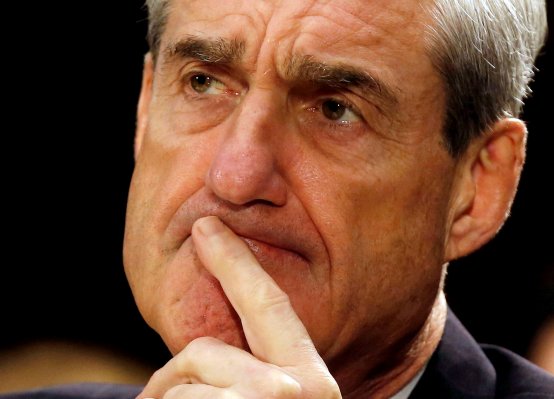