President Trump incited outrage this week after it was reported that he allegedly told a group of members at his New Jersey golf club that the reason he visited so often was because “that White House is a real dump,” according to Golf.com. Trump has since tweeted that the report is “totally untrue.”

Michael S. Smith, the Obamas’ White House decorator, is speaking out about the president’s statement and his own feelings about America’s most famous home.

RELATED: 7 Photos That Show the White House Is Definitely Not a ‘Dump’

“I had the great privilege of working in the White House for eight years, and everyone I know who visited was filled with a sense of awe and patriotism from the moment they walked into that storied structure,” Smith tells PEOPLE exclusively. The designer, who has decorated homes for countless high-profile clients and been honored as a member of Architectural Digest’s AD100, outfitted the Obama family’s private quarters including their dining and sitting rooms, the Treaty Room, the Yellow Oval Room, the master suite, as well as bedrooms for Malia, Sasha, and Michelle’s mother, Marian.

He notes of his time at the White House, “I was always deeply aware of the extraordinary events that had taken place within those walls over the years—events that defined our country—and how every decision by any former president, and the actions of his family, become an essential part of the living history of our nation.”

Before beginning the decorating project, he told AD, he “read every letter and note from Abigail Adams, Jacqueline Kennedy, Sister Parish, Stéphane Boudin, Kaki Hockersmith—anyone who had ever contributed to the history of this building.” He even had calls with Nancy Reagan and a lunch with Lee Radziwill, Jackie Kennedy’s sister.

Of course the first family’s residence is much more than a home. Smith adds, “The White House itself is part office, part museum, part residence and it’s gloriously emblematic of the best of American style. It is beautifully cared for by a remarkable staff, and its rooms are filled with the treasures of presidents past.”

This sentiment was shared by many who reacted to Trump’s reported dig on social media. Former White House photographer Pete Souza, shared a photo of the famous façade on Instagram, writing, “What a shameful thing to say…It belittles the honorable men and women who make the White House the exemplary historical place it is.” And Chelsea Clinton tweeted a message of gratitude to the White House staff “for all you do every day.”

RELATED: Inside the Obamas’ Private Quarters at the White House: ‘It Has Truly Felt Like a Home for Our Family’

Smith allows that, “Each successive president and his family have left their own historic imprint on the White House, just as President Trump and his family will.” Melania Trump reportedly hired decorator Tham Kannalikham to bring a “seamless integration of elegance and comfort into where the president, the first lady, and Barron will be spending their family time,” a senior advisor to the first lady told WWD.

Smith’s takeaway is one likely shared by each previous White House decorator: “I’m extremely proud of the warmth and inclusiveness that defined the White House during the years in which I was involved,” he says. 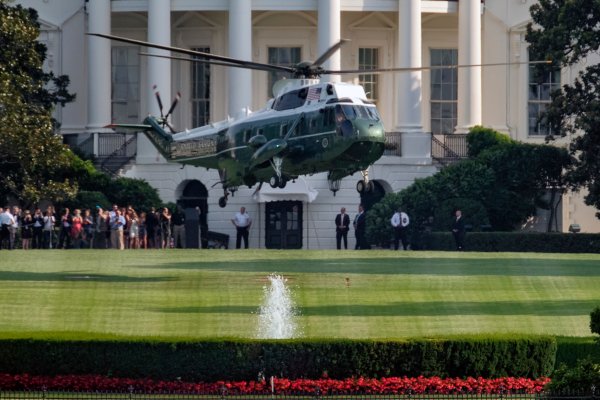