Bees crawl over a honeycomb section removed from one the beehives at Lambeth Palace, London, U.K., on July 23, 2008.
Simon Dawson—Bloomberg/Getty Images
By Alan Bjerga / Bloomberg

The number of U.S. honeybees, a critical component to agricultural production, rose in 2017 from a year earlier, and deaths of the insects attributed to a mysterious malady that’s affected hives in North America and Europe declined, according a U.S. Department of Agriculture honeybee health survey released Tuesday.

The number of commercial U.S. honeybee colonies rose 3 percent to 2.89 million as of April 1, 2017 compared with a year earlier, the Agriculture Department reported. The number of hives lost to Colony Collapse Disorder, a phenomenon of disappearing bees that has raised concerns among farmers and scientists for a decade, was 84,430 in this year’s first quarter, down 27 percent from a year earlier. Year-over-year losses declined by the same percentage in April through June, the most recent data in the survey.

Still, more than two-fifths of beekeepers said mites were harming their hives, and with pesticides and other factors still stressing bees, the overall increase is largely the result of constant replenishment of losses, the study showed.

“You create new hives by breaking up your stronger hives, which just makes them weaker,” said Tim May, a beekeeper in Harvard, Illinois and the vice-president of the American Beekeeping Federation based in Atlanta. “We check for mites, we keep our bees well-fed, we communicate with farmers so they don’t spray pesticides when our hives are vulnerable. I don’t know what else we can do.”

Environmental groups have expressed alarm over the 90 percent decline during the past two decades in the population of pollinators, from wild bees to Monarch butterflies. Some point to a class of pesticides called neonicotinoids as a possible cause, a link rejected by Bayer AG and other manufacturers.

In the USDA study, beekeepers who owned at least five colonies, or hives, reported the most losses from the varroa mite, a parasite that lives only in beehives and survives by sucking insect blood. The scourge, present in the U.S. since 1987, was reported in 42 percent of commercial hives between April and June this year, according to the USDA. That’s down from 53 percent in the same period one year earlier.

Among other factors, beekeepers said 13 percent of colonies in the second quarter of this year were stressed by pesticides, 12 percent by mites and pests other than varroa and 4.3 by diseases. Bad weather, starvation, insufficient forage and other reasons were listed as problems with 6.6 percent of hives.

Colony Collapse, while not a main cause of loss, has perplexed scientists for more than a decade since the phenomenon of bees seemingly spontaneously fleeing their hives and not returning was first identified in the U.S.

As beekeepers have worked to improve hive conditions, the syndrome has waned as a concern, said May Berenbaum, head of the entomology department at the University of Illinois and a winner of the National Medal of Science.

“It’s been more of a blip in the history of beekeeping,” she said in an interview. On the other hand, “it’s staggering that half of America’s bees have mites,” she said. “Colony Collapse Disorder has been vastly overshadowed by diseases, recognizable parasites and diagnosable physiological problems.”

May said his losses are highly variable depending on where his hives are located and may be affected by farmers improperly spraying pesticides. “It’s really tricky” to tease out factors behind bee deaths, he said. “Maybe it’s pesticides, maybe it’s not. But when I eliminate everything else, it’s a distinct possibility.”

The U.S. Environmental Protection Agency is reviewing neonicotinoids, proposing bans on spraying them and several dozen other pesticides in fields where bees have been brought in to pollinate a crop. A pair of scientific studies in Science last month linked neonicotinoids to poor reproduction and shorter lifespans in European and Canadian bees. The research was funded in part by Bayer CropScience and Syngenta AG, the makers of imidacloprid, clothianidin and thiamethoxam.

“There are numerous things impacting bee health,” Syngenta Chief Executive Officer Erik Fyrwald said in an interview in Brussels last month. “One of the very minor elements there is pesticides. So it’s amazing to us that the discussion is, as a whole, about pesticides. Not only pesticides, just specifically neonics.” 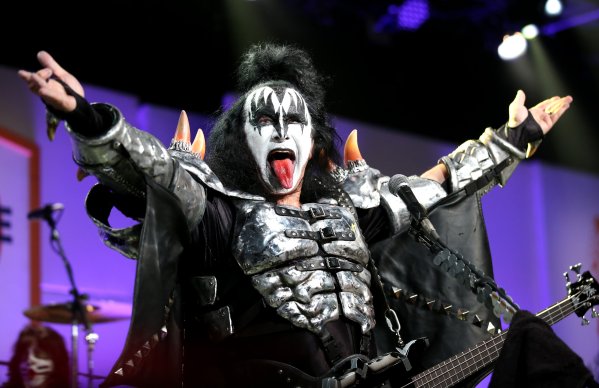 This Adorable Baby Calf Has a Lot in Common with a Rock Star
Next Up: Editor's Pick