Germany has given Vietnam’s intelligence agency station chief 48 hours to leave the country following accusations that the Vietnamese embassy was involved in the kidnapping of a former Hanoi government official at a park in Berlin, the Financial Times reports.

The German foreign office said there was “no serious doubt” that the Vietnamese embassy was involved in the abduction of Trinh Xuan Thanh, who turned himself in to police in Hanoi Monday. On July 23, Berliners had reported seeing armed men detain Thanh in broad daylight in the Tiergarten, a popular inner-city park.

Thanh is wanted on financial mismanagement charges in Vietnam, whose state oil company allegedly incurred losses of $177 million under his stewardship. After leaving PetroVietnam, he forged a political career and climbed as high as the National Assembly in May. But a month later he fell out of favor and was expelled form the ruling Communist party. Hanoi issued an international arrest warrant for Thanh after he fled the country last summer.

At the time of Thanh’s disappearance from the Tiergarten, he was simultaneously fighting extradition charges and attempting to claim asylum in Germany.

German diplomats reportedly discussed Thanh’s case with their Vietnamese counterparts less than a month before his disappearance. The high-level discussions took place at July’s G20 summit in Hamburg, which the non-member Vietnamese delegation had attended as a guest. Martin Schäfer, a spokesman for the German foreign ministry, called the abduction “an extreme breach of trust,” according to the FT. Germany also said that his “unprecedented and shocking” disappearance could exert “a huge negative influence” on bilateral relations.

Correction: The original version of this article misstated the Vietnamese officials expelled from Germany. A local intelligence chief has been asked to leave the country, not both the intelligence chief and Vietnam’s ambassador to Germany. 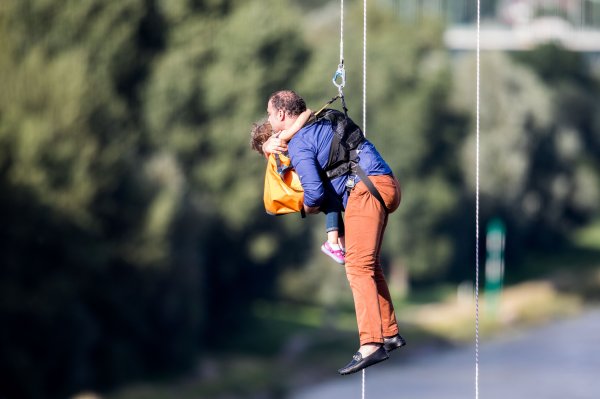 Dozens Saved in Dramatic Rescue Effort As Cable Cars Dangle Over River
Next Up: Editor's Pick