Temperatures in heavily populated South Asia will exceed habitable levels by the end of this century without efforts to stem manmade climate change, according to new research.

Researchers behind the study, published in the journal Science Advances, found that 4% percent of the South Asian population is expected to experience temperature and humidity conditions in which humans cannot survive without air conditioning by 2100. Three quarters of the population will experience environmental conditions considered dangerous, even if not downright unlivable.

The effects of unchecked temperature rise would extend beyond the health concerns associated with being outside in high temperatures. With workers unable to stay outdoors for extended periods of time, the region’s economy and agricultural output would decline, experts say. “With the disruption to the agricultural production, it doesn’t need to be the heat wave itself that kills people,” says study author Elfatih Eltahir, a professor of civil and environmental engineering at the Massachusetts Institute of Technology, in a press release. “Production will go down, so potentially everyone will suffer.”

Currently, extreme unhealthy temperatures in South Asia—a region that includes India, Pakistan and Bangladesh—affect around 15% of the region’s population. A number of deadly extreme weather events in the region reflect that reality, including a 2015 heat wave that killed more than 2,500 people.

Researchers note that the disastrous scenario could be avoided if countries meet their commitments to keep temperatures from rising more than 2°C (3.6°F) by 2100. That goal, embedded in the 2015 Paris Agreement on climate change, will likely be difficult to meet without increasingly ambitious efforts to reduce greenhouse gas emissions.

South Asia ranks high on lists of the most threatened regions, but it is far from the only place where scientists say global warming could change the fabric of society. In a 2015 study in the journal Nature Climate Change, Eltahir found that a number of Persian Gulf cities would reach similarly unlivable temperature thresholds by 2100.

“We have built entire infrastructures with particular temperatures in mind,” Matthew T. Huber, an associate professor of geography at Syracuse University, told TIME earlier this year. “When temperatures get really high, we don’t have the material capacity to deal with that.” 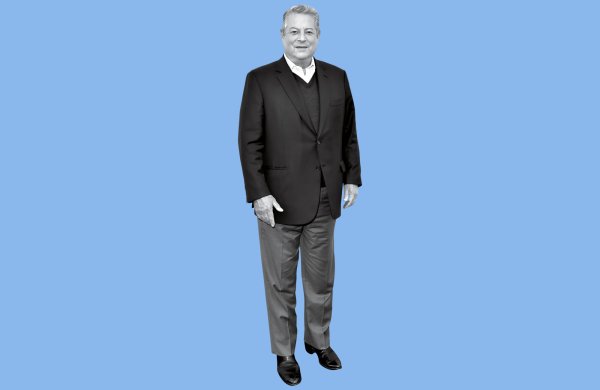 8 Questions With Al Gore
Next Up: Editor's Pick